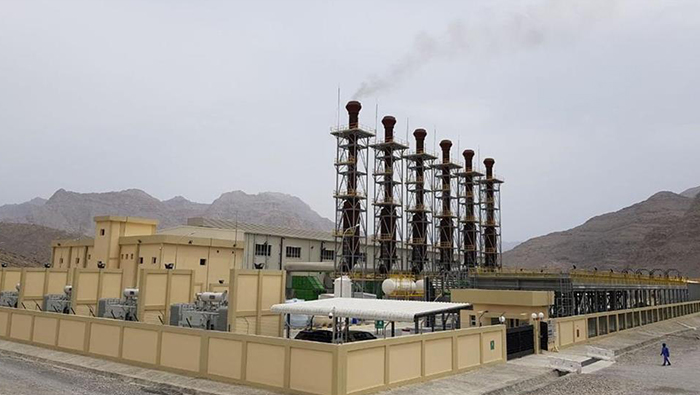 In a statement to the Oman News Agency (ONA), Al Shehhi said that Tanweer is currently studying alternatives for reserve power feedbacks in Musandam Governorate. Options unrolled so far include a proposal to set up a backup station in the Wilaya of Daba.

The proposal will be submitted to the Authority for Public Services Regulation (APSR) before the end of this year because Musandam’s electricity network is not linked to the Sultanate’s power grid.

Another anomaly is that power transmission lines are extended on rugged mountainous terrain, making it difficult to rectify breakdowns when they occur there.

Al Shehhi affirmed that Tanweer exerted relentless efforts in developing electrical networks in Musandam. These include a 132kV power transmission system, completed in 2018, and its subsidiary network. Another example is the new Khasab Power Plant project, which is the company’s most important project, set up at a cost of OMR62 million.

Al Shehhi pointed out that these projects keep pace with the rising demand for electricity in Musandam Governorate. They raise the capacity of power transmission and power distribution.

The projects will also enhance the reliability of power flow, thus contributing to the establishment of sustainable projects, ensuring maximum utilisation of resources and achieving added value.

In addition, the company implemented projects worth OMR4.5 million to improve electrical networks. These included extending an additional 33kv electric line to the village of Kumzar and adjoining coastal village, besides tasks related to the 11 kv electrical network in Kumzar and Lima and the construction of a transformer station in Ghmdhaa to power Bukha.

In 2017, Tanweer invested around OMR66 million to extend power supply from Tibat to the Wilayat of Daba through the Wilayat of Khasab.
Al Shehi explained that a sum of OMR3.5 million goes to contracts on operating power stations and conducting tasks related to emergencies, network maintenance, power transmission and power distribution.

The power station in Mahas industrial city will attract investments to the city, said Al Shehi, noting that the electrical system in the governorate is capable of accommodating additional loads of more than 100 megawatts.

Eng. Mohammed Yousef Al Shehhi revealed that the number of service subscribers in Musandam stood at 16,188 as at the end of June 2021, while the number of prepaid smart meters reached 264, representing 2 per cent of the total number of subscribers.