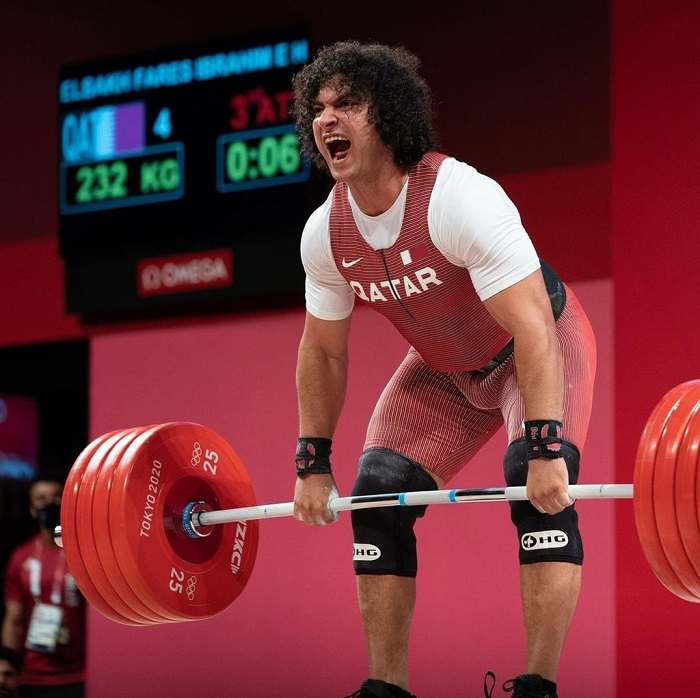 The Qatari tied on second-best 177kg with other two weightlifters in the snatch, only one kilo behind Boady Robert Santavy from Canada.

But Elbakh became unstoppable in the clean and jerk, registering an Olympic record of 225kg in his second attempt for a total of 402kg, also a new Olympic record.

Both Keydomar Giovan Vallenilla Sanchez from Venezuela and Anton Pliesnoi tallied 387kg, but Sanchez took the silver as he lifted 210kg in his first clean and jerk attempt while Pliesnoi made it in the third