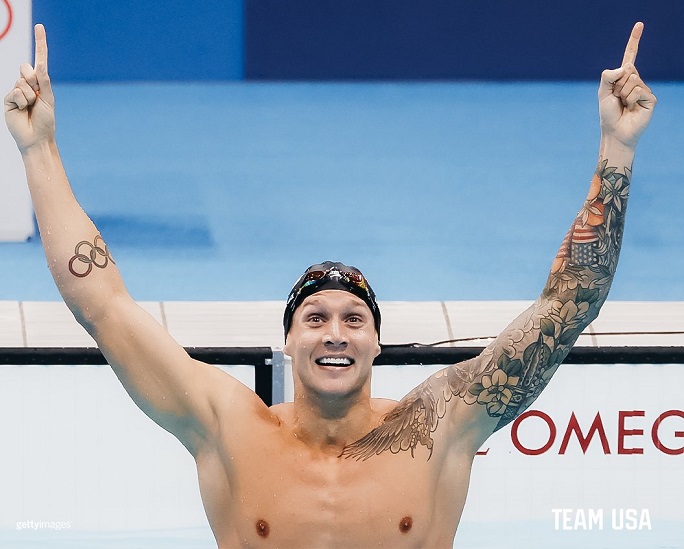 Dressel had a safe lead before touching home in 47.02 seconds, a new Olympic record time

Two-time world champion in the event, Dressel had a safe lead before touching home in 47.02 seconds, a new Olympic record time.

This is the second gold for Dressel after contributing to Team USA' title defence in the men's 4x100m freestyle relay on Monday.

After two bronze medals from freestyle relay, Australia's Chalmers took the silver in 47.08 seconds and reigning European champion Kliment Kolesnikov claimed the bronze in 47.44 seconds after his silver in 100m backstroke. 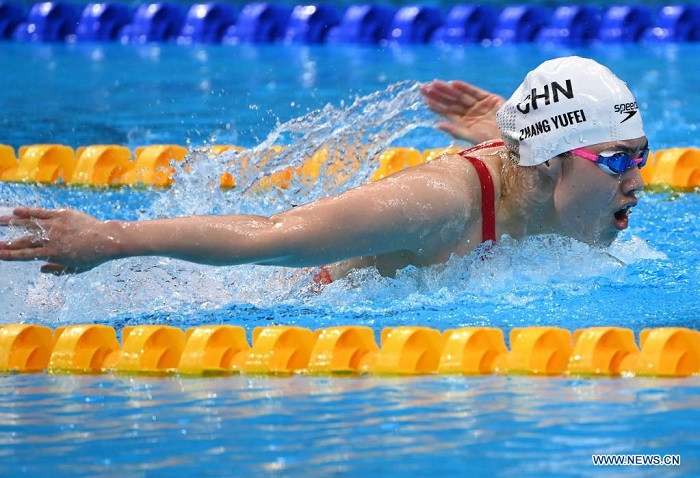 China's Zhang Yufei had a convincing victory in women's 200m butterfly to win her first gold at the Tokyo Olympic Games.

Zhang, led the field right from the beginning, clocked two minutes and 03.86 seconds for the gold and sliced 0.2 seconds off the Olympic record created by compatriot Jiao Liuyang at London 2012.

This is the second medal for the 23-year-old, who claimed a silver from the 100m butterfly competition earlier this week.

Izaac Stubblety-Cook of Australia won the men's 200m breaststroke at the Tokyo Olympics, his first gold in an international event, here on Thursday.

The 22-year-old, qualified first from the semifinals, touched home first in an Olympic record time of two minutes and 06.38 seconds

Matti Mattsson won the first medal for Finland at the Tokyo Olympics, taking the bronze in 2:07.24. 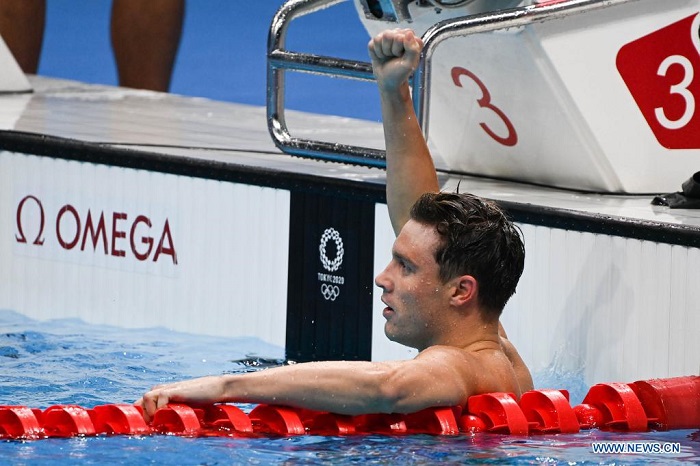 Robert Finke of the United States came from behind to win the men's 800m freestyle gold here on Thursday.

The 21-year-old was only in the fourth place before the final 50m, but powered up to a seven minutes and 41.87 seconds finish for the gold.

Italy's Gregorio Paltrinieri, who led the eight-man final for the majority of time, had to settle for a silver 0.24 seconds behind Finke.

European champion Mykhailo Romanchuk added a bronze for Ukraine with a time of 7:42.33.