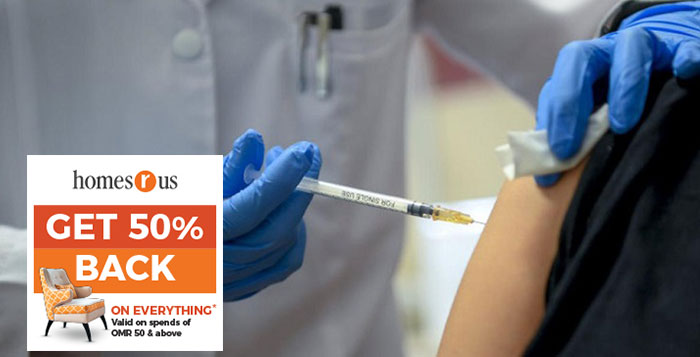 New York : New York City is offering residents 100 dollars to get vaccinated against COVID-19 as the highly contagious delta variant spreads throughout the United States fuelling a surge in new infections.

The announcement comes just days after the mayor said all city workers would have to be vaccinated against COVID-19 by mid-September or face weekly testing.

De Blasio also announced that more than 9.9 million doses of vaccine have been administered in the city so far. Sixty-six per cent of adults have been fully vaccinated and 71 per cent have received at least one dose, according to the New York City health department, The Hill reported.

On Tuesday , the Centers for Disease Control and Prevention in its updated guidance announced that it has mandated vaccinated people wear masks in certain situations, to prevent the further spread of the Delta variant in the US.

The recommendation urges fully vaccinated people to wear masks indoors when in areas with "substantial" and "high" transmission of COVID-19, which includes nearly two-thirds of all US counties.

Cases have risen across the country in recent weeks with the spread of the delta variant, causing alarm among many public health experts that the US is regressing in its fight against the pandemic.

The US is on track to witness 200,000 daily COVID-19 cases in the coming weeks, the former U.S. Centers for Disease Control and Prevention director told CNN.

"We're heading into a rough time. It's likely, if our trajectory is similar to that in the United Kingdom, that we could see as many as 200,000 cases a day," Tom Frieden said on Monday.