Lifeline for the poor in Oman? 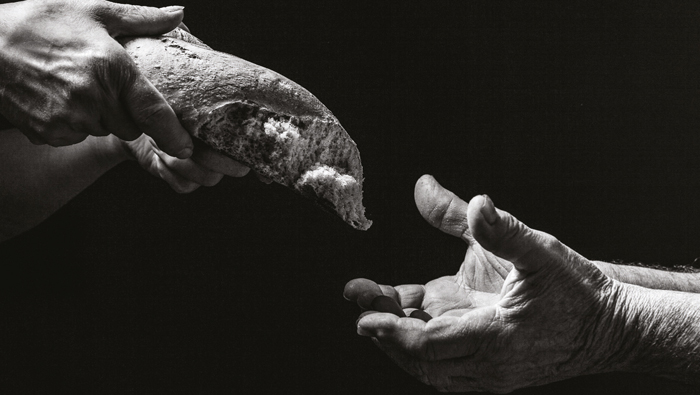 Muscat: Families on the breadline in Oman could soon be receiving government assistance, if a plan by a Majlis Al Shura member gets the green light.
Some families with more than eight children are living on as little as OMR80 a month, according to the Services and Social Development Committee.
The committee plans to grant financial support to families earning less than OMR264 a month.
“The committee had a discussion and held different meetings to discuss what kind of support these families require, especially in the current situation,” said Nasir Al Khamisi, the vice-chairman of the Services and Social Development Committee at Majlis Al Shura.
He added that the committee came out with different types of support but will start now with financial support to cover electricity and water bills.
“Such families, especially big ones, get high bills and they really struggle to cover them along with meeting their daily needs,” said Al Khamisi.
He explained that the suggestion raised by the committee is to grant OMR50 for families with 10 members or more to cover the bills, while families with fewer children will get OMR35.
“We know that it is not that much but we have to ask the government for possible ideas,” said Al Khamisi. He added that the support will not only cover social insurance families but all national families with salaries less than the maximum salary for social insurance which is OMR264.
Living allowance
In future, the committee wants to provide low-income families with living allowance too.
“It’s in our minds but for now let’s finish the support bill and then we can sit again and discuss the living allowance issue as it is also really important, especially under the current financial situation of the country,” said Al Khamisi.
“We came across families of 10 members with monthly income of OMR80,” said Al Khamisi. He added that such families struggle in meeting their daily needs. “We have suggested the Public Authority for Social Insurance PASI to meet the criteria followed by the Ministry of Social Development,” said Al Khamisi.
Nasra Nasir, a 75-year-old widow, said that the salary she usually gets from the social security hardly covers her daily needs.
However, she feels with the continuous rise in prices of products and services it is becoming hard for her to survive with such amount of money.
“Though the support will absolutely benefit huge number of social insurance families,” said Nasra. She added that the such families can’t depend on anything but only on such financial support by the government.
“I really thank everyone involved in this move and appreciate the government response too,” said Nasra.
Monthly salary
Considering the number of low- income family groups and based on that the monthly salary is determined. 84,600 families were covered under the social insurance programme in 2015 by the Ministry of Social Development, according to the National Centre for Statistics and Information NCSI.
Among them, the majority 60,000 are elderly people. Other notably large groups include divorced women, who make up 12,000 of beneficiaries, and orphans, who make up 3,000.
The minister’s website also shows that beneficiary categories of the social insurance system are orphans (children whose parents have died and their age does not exceed eighteen years) widows less than 60 years old, divorcees who have nobody to support them financially; abandoned woman and unmarried girls between 18 and 60 years old with no obligated provider who can support them financially.
The system also covers elderly with no obligated provider who can support him financially, family of the prisoner for more than six months with no obligated provider who can support him financially and disabled.
The minimum payment for social security is at the base level of OMR264, and the countrywide family welfare budget has grown considerably over the decades, rising to OMR130 million in 2013.