Schools to reopen after students’ vaccination 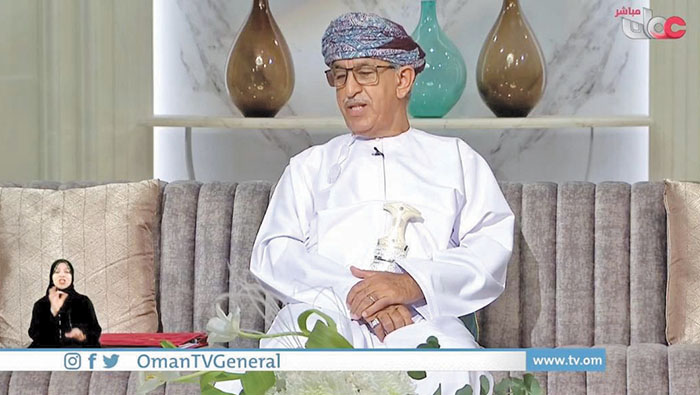 Muscat: People who wish to take the second dose of their COVID-19 vaccine can register for the same from Wednesday, provided they have already been injected with the first dose at least 10 weeks ago, the Minister of Health, Dr Ahmed bin Mohammed Al Saidi has said.

In an interview with Oman TV, he added that ahead of the new school term, plans have been drawn up with the Ministry of Education to vaccinate 320,000 students between the ages of 12 and 18, with 96 percent of general diploma students having already been administered the vaccine.

“We hope that before the start of the school year, students from the above sections have been given their second doses, so that they can return to school as normal,” he said.

He added that there has been a 75 percent decrease in patients admitted to COVID wards and intensive care units in government and private hospitals, owing to several reasons, including people following precautionary measures and adhering to the rules of lockdowns.

“During the peak of this wave, we saw the highest single-day admission of 211 patients,” said the minister, adding that as of Monday, 26 July, the numbers of inpatients in hospitals and ICUs had not exceeded 50 people, reflecting a 75 percent decline in hospital admissions.

In this context, he added: “This shows us the feasibility of partial or complete closure. I do not think this is debatable, and only the ignorant will deny the same. The results we have seen are due to the partial closure, not the complete lockdown during Eid Al Adha, which requires about 10 to 14 days for us to know its results.”

“At the height of the pandemic, we had 530 beds in intensive care occupied by only COVID patients, but before that, there were no more than 150 beds in ICUs in the country,” he added. “Our health system came close to collapsing when the number of ICU patients crossed the 500 mark.”

“In the past few days, however, the number of people admitted to intensive care directly from their homes is very high, which shows us the severity and ferocity of this disease,” explained Al Saidi. “Most of the infections are of the fast-spreading Delta strain, which affects all ages, and is unfortunately more severe than the previous variants.”

In this context, Dr Faryal Al Lawati, the head of the Contagious Diseases Unit at the Royal Hospital, advised people to remain cautious, saying, “there are currently infections among young people that we did not see during the first wave. Most of the drugs we currently use to treat COVID patients are the ones administered to those with rheumatic symptoms.”

Paying tribute to the healthcare workers around the world who are helping in the fight against the disease, Al Saidi said, “the pandemic is still ongoing, its social and economic impact is clearly visible, and the burden borne by health sectors worldwide has exceeded all expectations.”

About 50 percent of the target population has been vaccinated so far, and three million doses of the COVID-19 vaccine are expected in the next couple of months. More than 7.6 million jabs of the vaccine have been reserved for the country, the minister explained.

The Minister of Health asked people not to listen to rumours against vaccinations, pointing out that those who have died of the disease are mostly either people aged above 60, or those who are unvaccinated.

“Administering the second dose of the vaccine will start next week, and we soon hope to inject those above the age of 12,” he said.

During his interview, Dr Ahmed bin Mohammed Al Saidi thanked His Majesty Sultan Haitham Bin Tarik for his attention to the developments of the pandemic, and his directions to the Supreme Committee.