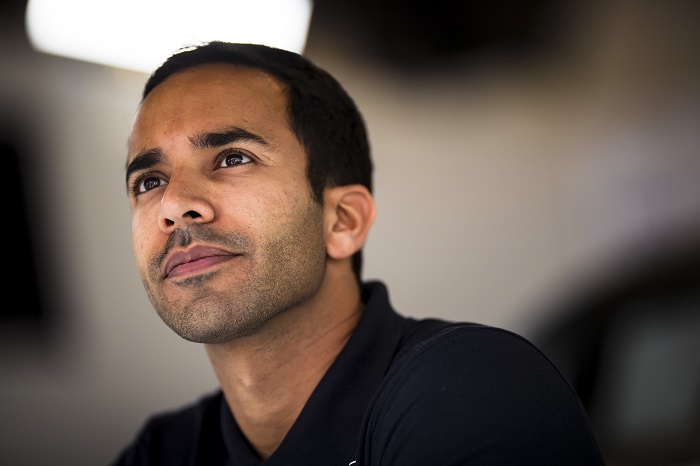 Ahmad Al Harthy will get back behind the wheel of his Oman Racing Aston Martin Vantage GT3 car next week.

Muscat: More than five months since his last track outing in the final round of the 2021 Asian Le Mans Series, Ahmad Al Harthy will get back behind the wheel of his Oman Racing Aston Martin Vantage GT3 car next week when he makes a welcome return to the Intelligent Money British GT Championship.

Oman’s number one racing driver, who won the Silver Cup class crown in British GT in 2015, was scheduled to race a full season in the UK’s premier endurance series last year before the worldwide COVID-19 pandemic halted those plans and led to Al Harthy spending a year on the racing sidelines.

Making a competitive return to action in the Middle-East based Asian Le Mans Series earlier this year, Al Harthy will now rejoin British GT for the fifth event of the championship’s season at the 2.97-mile Snetterton 300 Circuit in Norfolk over the weekend 7th and 8th August.

Joining Al Harthy for the pair of one-hour races will be Charlie Eastwood, with whom the Omani won the Pro-Am crown in the GT World Challenge Europe Endurance Cup in 2019 – a season where the Oman Racing team-mates took five podiums from five races and won the Pro-Am class at the world famous Total 24 Hours of Spa. Al Harthy, of course, also won the Pro-Am crown two years prior.

“I’m delighted to be back racing in the UK, back in British GT, with Oman Racing and looking forward to racing at Snetterton once again”, said Al Harthy, “It is a very challenging year still with COVID-19 continuing to cause so many difficulties globally, but I’m very proud to be able to represent Oman in British GT once more and we would love to get some good results at Snetterton.

“We haven’t been in the car since our last round in Asian Le Mans, although we have got some testing before next weekend so hopefully we’ll get back to speed very fast. I’m obviously really looking forward to teaming with Charlie [Eastwood] again as well, he’s a great driver and knows our Aston Martin inside out.”

The No.97 Oman Racing Aston Martin Vantage GT3 will, as always, be prepared and engineered by top British squad TF Sport which is headed by Tom Ferrier. Along with the aforementioned success in GT World Challenge Europe, the successful partnership also won on its debut in the International GT open at Spa-Francorchamps last year.

“TF Sport have been in constant contact with us throughout these months where we’ve been working incredibly hard behind the scenes in Oman to put a programme together”, continued Al Harthy, “These races in British GT are the first of several exciting outings we’re planning during the remainder of 2021. Watch this space for more announcements.”

Al Harthy last raced at Snetterton 300 Circuit back in 2015 in British GT where he qualified a mere 0.026 seconds shy of pole position, and challenged hard for race victory. Unfortunately, contact from a GT4 class backmarker during the second half of the race – when then team-mate Alex MacDowall was at the wheel – ended genuine hopes of the win.

Opening practice at Snetterton for the British GT runners will take place at 09.25 local time on Saturday, 7th August, ahead of session two at 12.05 and qualifying at 15.55. On Sunday, 8th August, after morning warm-up race one of the weekend will commence at 10.40 with race two getting underway at around 15.45.