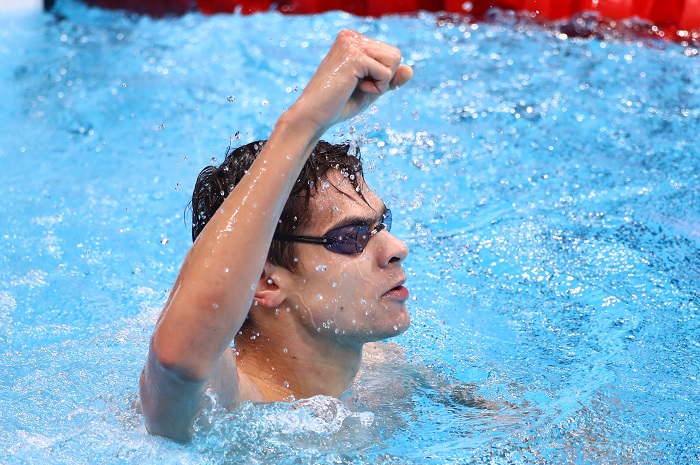 Finishing sixth at Rio 2016, Rylov touched first this time in 51.98 seconds, setting a new European record. His compatriot Kolesnikov was 0.02 seconds behind, taking home a silver in his Olympic debut.

World record holder Murphy had to settle for a bronze, unable to catch up with the two Russians after the first 50m, clocking 52.19. 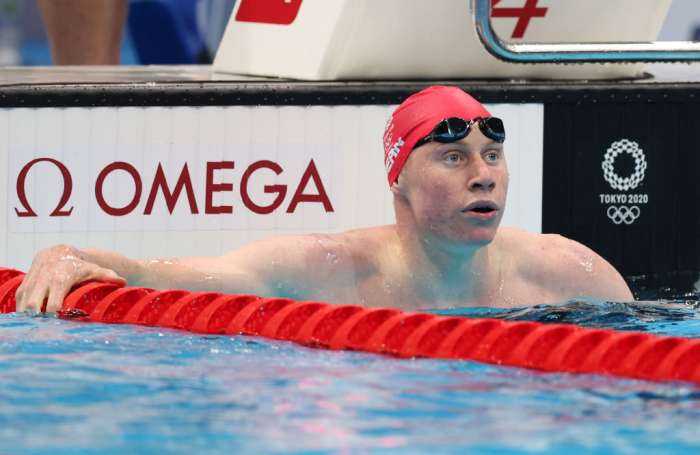 Tom Dean and Duncan Scott led a one-two finish for Britain in the men's 200m freestyle at the Tokyo Olympic Games  on Tuesday.

The 21-year-old Dean sprinted for the for the gold in one minute and 44.22 seconds, with worlds bronze medalist Scott 0.04 seconds behind.

South Korean swimmer Hwang Sun-woo, who led the first 150m, ended up in the seventh place.