Three BSF men killed in ambush by terrorists in Bijbehara 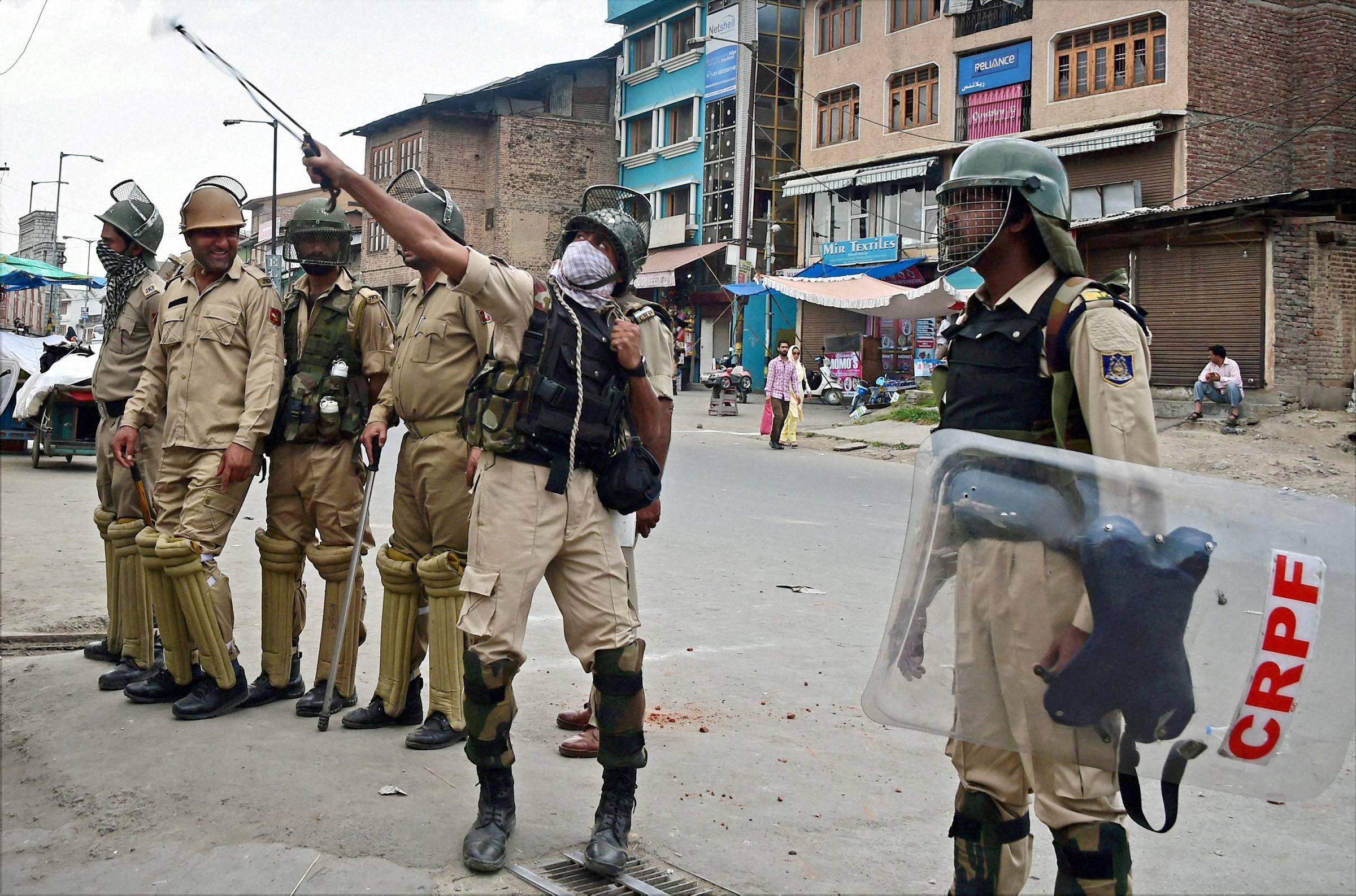 Srinagar: Three Border Security Force personnel were killed and four others critically injured when terrorists ambushed their convoy near Bijbehara on Srinagar-Jammu national highway in Indian-administered-Kashmir on Friday.
"Its an unfortunate incident. The BSF convoy was attacked on the national highway by terrorists who fired at it from the by-lanes near Bijbehara," Director General of Jammu and Kashmir Police K. Rajendra said. Officials said that three BSF personnel identified as Head Constable Girish Kumar Shukla, Constable Mahinder Ram and Havaldar Dinesh were killed while four others were injured in the incident which took place at 4.30pm near a government hospital, 52 km from here.
BSF Director General K. K. Sharma is rushing to the spot to take stock of the situation. The BSF convoy comprising 23 vehicles was coming from Jammu to Srinagar ferrying jawans who were returning to join their duties after their leave.
Additional forces have been rushed to the area which has been cordoned off by Central Reserve Police Force and Rashtriya Rifles. No terrorist group claimed responsibility for the attack but the security establishment believe that it could be the handiwork of cadres of banned Hizbul Mujahideen group led by Burhan Wani.
The attack comes 10 days after the Hizbul Mujahideen had killed three policemen in two separate incidents in Srinagar city. They had threatened to carry out similar attacks. BSF convoys have often been the target of terrorist groups. Last year in August, a BSF convoy was attacked by Lashker-e-Taiba terrorists at Udhampur in which two of its personnel and a terrorist were killed. Another terrorist Mohammed Naveed was captured alive after the terror strike.