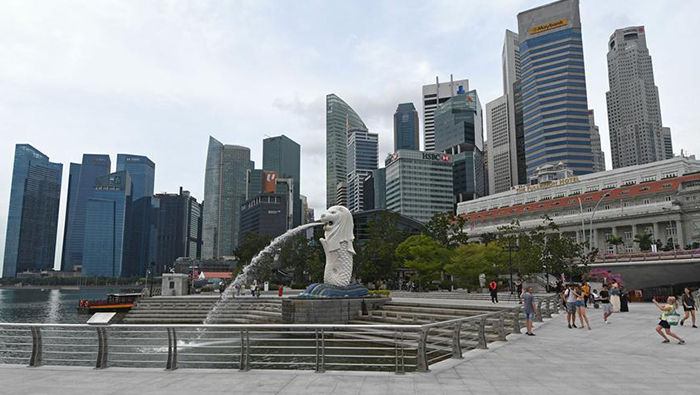 Singapore: Singapore is planning to allow quarantine-free travel from September, with the aim to relax COVID-19 curbs.

The country expects to vaccinate 80 per cent of its population by then, placing the nation in a solid position to move forward with the reopening, Bangkok Post reported citing Finance Minister Lawrence Wong. "While other countries may have come to terms with a certain level of COVID-19 cases and even deaths, this is not the choice we want to make in Singapore," Wong said.

He also informed that the government will not wait for everyone to get vaccinated before the administration begins the easing process.
"Waiting for 100 per cent population to get vaccinated would mean holding back the entire reopening timeline until much later in the year, which is not tenable," he added.

Infected patients who show no or mild symptoms can now be housed in community-care facilities rather than hospitals.

"That means that as many as 60 per cent of infected cases may recover in community-care facilities. The government aims to raise the number to 80 per cent, with some patients even recovering at home," Wong informed.

While easing the curbs, the government will closely monitor all the health outcomes, especially the hospitalisation and intensive care units in the country, Bangkok Post reported.

A few months back, Singapore surfaced a sudden spike of cases in April, most likely caused by undetected imported cases, causing the government to take a couple of steps back in its re-opening process.