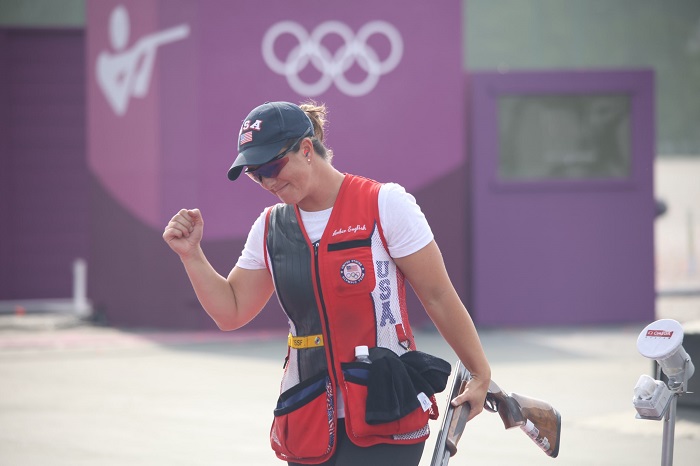 Tokyo:  Amber English of the United States survived the duel against Italian Diana Bacosi to win the women's skeet gold at the Tokyo Olympics here on Monday.

Thanks to a more stable performance, English set a new Olympic record of 56 hits.

Bacosi, who had a tremendous start missing only one of her first 35 shots, had to settle for a silver with 55 hits.