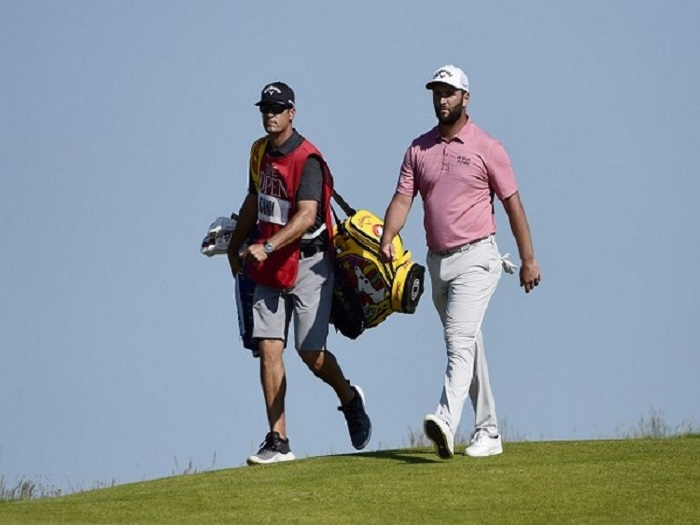 Spanish Olympic Committee confirmed that Rahm has pulled out of the showpiece event.

Tokyo : American golfer Bryson DeChambeau and world No. 1 Jon Rahm will miss the ongoing Tokyo Olympics after getting tested positive for coronavirus.

According to Kyodo News, Spanish Olympic Committee confirmed that Rahm has pulled out of the showpiece event. The third PCR test returned a positive result, the committee said. On the other hand, DeChambeau tested positive for COVID-19 prior to departing for Tokyo, the USA Golf informed.

"Patrick Reed will replace DeChambeau and is undergoing the requisite testing protocol today, Sunday and Monday before departing for Japan," USA Golf said in a statement.

"The first round of competition is Thursday, July 29 (local time). Reed is now the only two-time USA Olympian for the men's competition, as he played for Team USA in 2016 and will now compete in the 2020 Olympics," it added.

"I am so excited to have the opportunity to represent our country and be a part of Team USA in Tokyo," Team USA quoted Reed as saying

"I wish Bryson nothing but the best, and I know how disappointed he is to not be able to compete, and I will do my best to play my best and represent our country," he added.

Earlier in the day, British tennis player Andy Murray withdrew himself from the men's singles event of the Tokyo Olympics. Murray was defending his Olympic gold medal but the British player decided to pull out in order to manage his workload.

However, he will continue to compete for Team GB in the men's doubles tournament with Joe Salisbury.