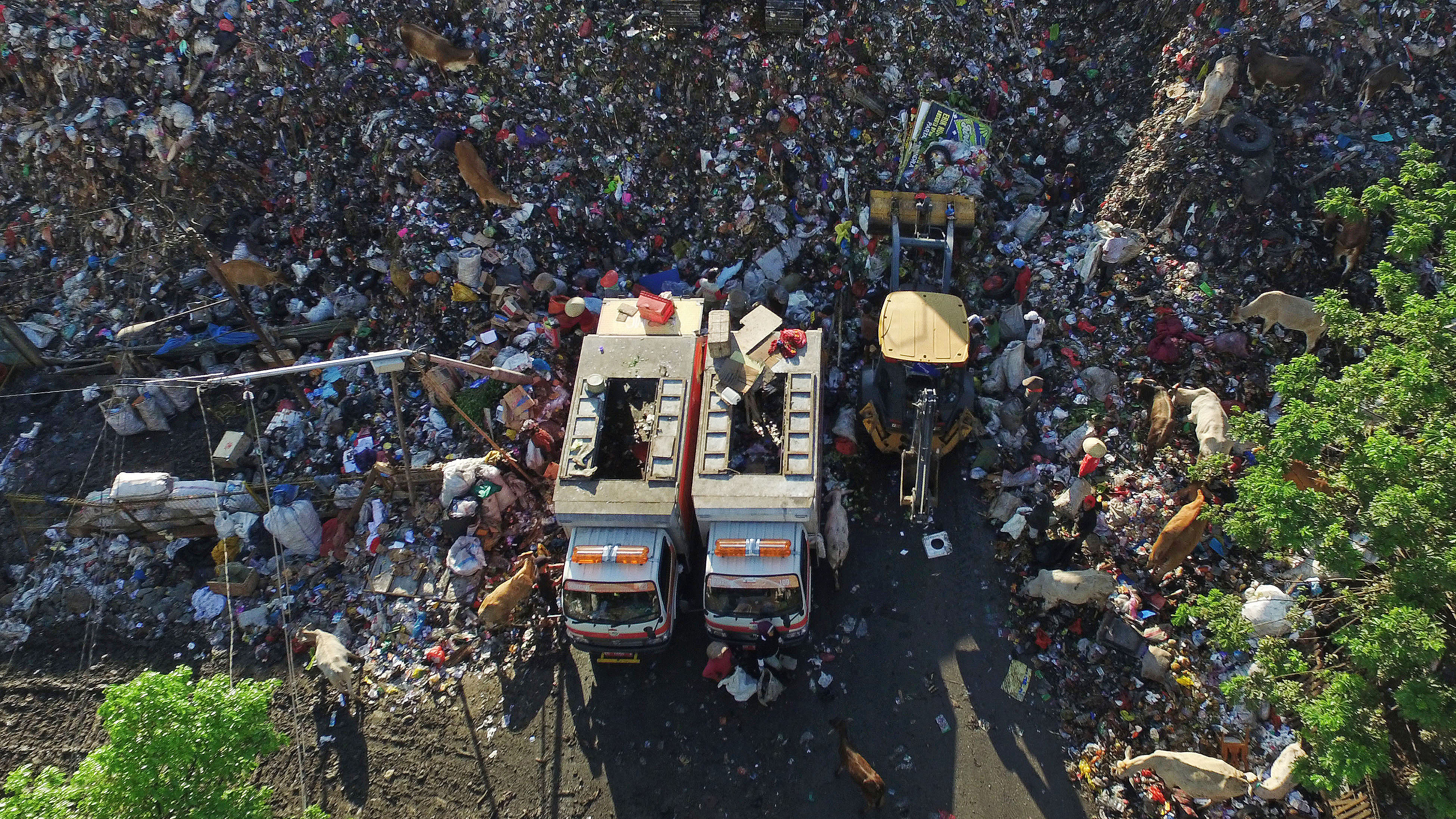 Indonesia is drowning in plastic trash. Bottles pollute its beaches, bags congest its waterways and instant-noodle cups overflow its garbage bins. It's only getting worse: By 2019, Indonesia will generate about 5 per cent more trash than it did in 2014, and about 15 per cent of that will be plastic.
Fixing this problem has become a priority for lawmakers. In February, they slapped a tax on plastic shopping bags. This month, they'll consider one on plastic containers, including drink bottles. It's a simple solution -- and it's likely to cause much more misery than the mess it's designed to clean up.
The problem is Indonesia's contaminated water. In 2015, only half of city residents had access to piped water, and only 2 perc ent of urban areas had access to sewage lines and treatment facilities. Industrial pollution is rife. In rural areas, about 37 million people drink from what the World Bank characterises as "unprotected sources."
Boiling water often takes care of the problem in the countryside. But there's no boiling away industrial chemicals, leaving urban dwellers with few good options. Many turn to bottled water, transforming what the West views as a luxury into a necessity -- an essential public service not provided by the government.
Demand is strong. About 30 per cent of the population relies on bottled water regularly. Between 2009 and 2014, sales increased by 12.5 per cent annually. Not all of that growth is driven by need (Jakarta has its share of Pellegrino-serving Italian restaurants). But much of it is, providing yet another example of urban growth outpacing the government's ability to manage it.
And the government's failure is largely the poor's burden. In East Java, connecting a home to a piped water system costs between $150 and $300 -- a considerable burden in poor neighbourhoods where people might earn only a few dollars a day. Those who can't afford such a lump sum must find water elsewhere, either by carrying it from a well (which may not be safe) or by buying it in bottles. Over time, bottled water ends up costing considerably more than piped water, and thus eats up a significant share of a poor family's income.
As a result, even a modest tax on plastic containers could substantially harm public health. A $0.02 tax on plastic bags has resulted in a 25 per cent decline in usage at supermarkets, according to Indonesia's environment ministry. That's great. But a similar decline in plastic bottle usage could have grim consequences: About a quarter of all deaths among Indonesian children under five are caused by diarrheal diseases, most of which result from unclean water. That would only get worse.
Ultimately, ensuring that environmental protection doesn't come at the expense of the poor will require more than quick-fix approaches. The government knows this. Since 2000, it has made considerable progress toward its goal of getting clean water and sanitation to all its citizens. The bad news is that it will need more than $57 billion to finish the job.
That won't be easy. In the meantime, far simpler measures would go a long way. The quickest and cheapest is to support home-based decontamination products. A bottle of Air RahMat, an anti-microbial solution, costs about $0.30 and can decontaminate the average family's water supply for a month. Indonesia's government should be supporting such home and community-based solutions -- including better education about hygiene -- while it develops reliable water infrastructure over the long term.
That's a better way to cut back on pollution than a regressive bottle tax. It would also save money -- and lives. - Bloomberg View