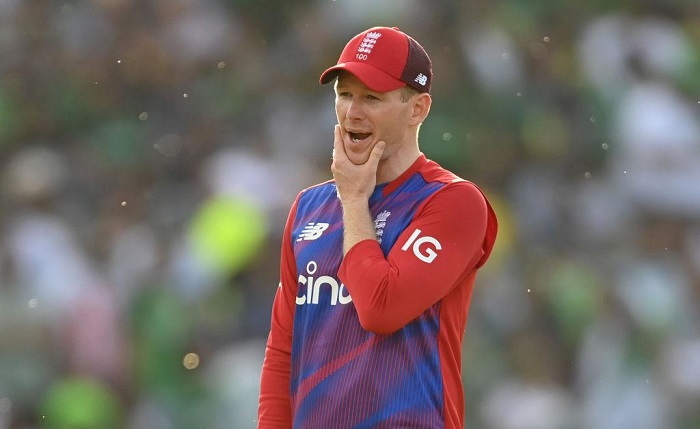 England who had won the second match at Leeds by 45 runs on Sunday, took the series 2-1 with a mere two balls left. The home side were set a 155-run target by Pakistan. Opener Jason Roy got England off to a quickfire start with a series of boundaries in the powerplay overs.

Roy added 67 runs for the first-wicket with Jos Buttler (21), Buttler was dismissed by Shadab Khan. Roy fell for a dazzling 64 off 36 balls (12 fours, one six) in the 11th over of the innings to leg-spinner Usman Qadir who was playing his first match of the series.

Imad Wasim dismissed Jonny Bairstow (5) and then Moeen Ali was bowled by Mohammad Hafeez. Off-spinner then took the prized scalp of Dawid Malan and Liam Livingstone.

England needed six off the last over. Chris Jordan finished the job, scampering through for a second run to seal the win with two balls of the final over remaining.

Earlier, Pakistan were restricted to a 154 for six total after winning the toss and electing to bat first. Wicketkeeper-batsman Mohammad Rizwan held the innings together for the visitors scoring an unbeaten 76 off 57 balls (five fours, three sixes).

On the other end, none of the Pakistan batters could get going against the pace and spin pronged English attack which was spearheaded by leg-spinner Adil Rashid who took four wickets for 35 runs.

The series victory ensures England remains at the top of the ICC Men's T20I rankings, while Pakistan stays fourth.