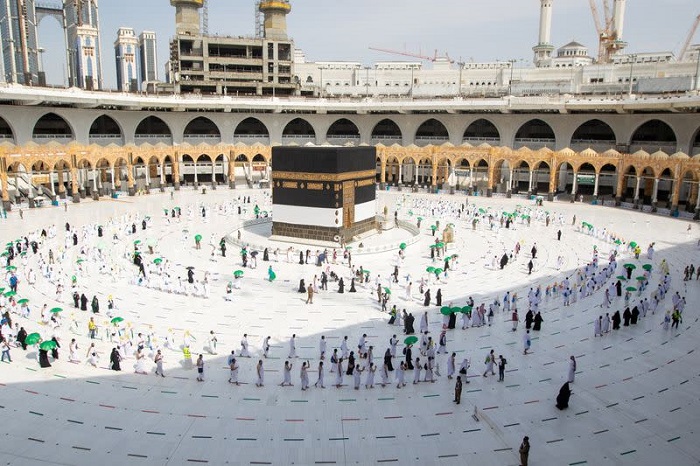 Only up to 10,000 people already residing in Saudi Arabia will participate in the five-day pilgrimage

The Haj, which is one of the five pillars of Islam, will conclude with the Eid al-Adha. Every able-bodied Muslim who can afford it tries to visit it at least once in a lifetime.

According to Al Jazeera, 10,000 vaccinated Muslim pilgrims circled Islam's holiest site in Mecca on Sunday but remained socially distanced and wore masks as the coronavirus takes its toll on the Hajj for a second year running. Previously drawing some 2.5 million Muslims from all walks of life from across the globe, the Haj pilgrimage is now almost unrecognisable in scale.

This year, 60,000 vaccinated citizens or residents of Saudi Arabia have been allowed to perform the Haj due to continued concerns around the spread of the coronavirus. It's a far greater figure than last year's largely symbolic Haj that saw fewer than 1,000 people from within the kingdom taking part.

Only up to 10,000 people already residing in Saudi Arabia will participate in the five-day pilgrimage, a tiny fraction of the 2.5 million pilgrims from around the world that attended last year, as per Al Jazeera.

This is the second year in a row that Saudi Arabia limits the Haj pilgrimage to Muslims inside the Kingdom. However, only 10,000 Muslims were allowed to perform Haj last year.