Muttrah pipe burst: Water supply to be disrupted in many parts of Muscat 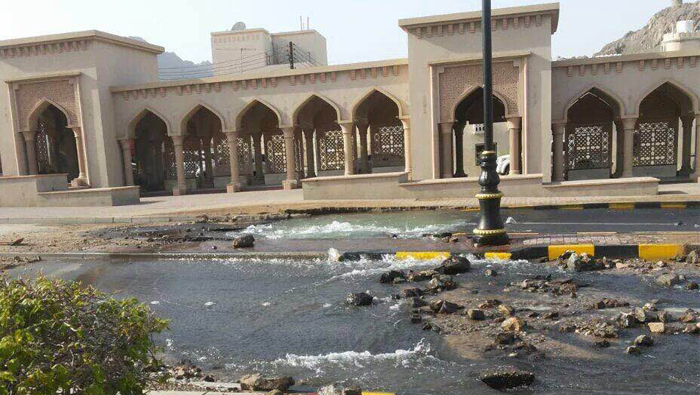 Muscat: A water pipeline in Muttrah burst early Friday morning, causing gridlock in the wilayat, a Royal Oman Police official confirmed.
The road, near Al Shira' roundabout, has been flooded with water since the early hours of this morning. "The traffic is slow in the area due to the burst, police officers are working to control the traffic while other authorities are on the spot to fix the damage," the source added. Pictures of the damaged road are circulating on social media.
Water supply to be affected
The burst will affect water supply in the wilayats of Muscat and Muttrah, according to the Public Authority for Electricity and Water.
The authority added that all areas in Muscat governorate will be affected except for Qantab and Al Bustan. "It may take approximately 48 hours to fix the damage," PAEW said in a tweet, calling residents in Muttrah and Muscat to rationalise consumption of water in the upcoming hours.