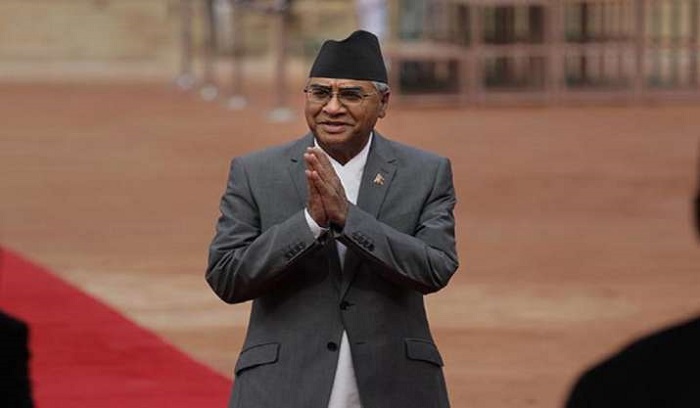 Deuba garnered a total of 165 votes out of 249 votes cast on Sunday during a vote of confidence in Nepal's Parliament.

Kathmandu: With a 66 per cent majority in the Nepal parliament, newly-appointed Prime Minister Sher Bahadur Deuba will now lead the country's government till the next general elections.

Deuba, who garnered a total of 165 votes out of 249 votes cast on Sunday during a vote of confidence in Nepal's Parliament late evening, would now remain the prime minister until the next general elections which are expected to be held in 2022.

"Members of the house, the total number of present members of the house during the voting was 249. Prime Minister Sher Bahadur Deuba, who tabled a motion of confidence as per Article 76 (6) of the Constitution of Nepal to show floor is on his support, garnered a total of 165 votes. A total of 83 votes has been cast against the motion and one vote has gone to neutral," House Speaker Agni Sapkota announced.

With a clear majority, Deuba will be chairing as Prime Minister until the next general elections, which as per Nepal's latest Constitution of 2015 should be held at an interval of every five years.

Deuba, who also is president of the ruling Nepali Congress, has been appointed as prime

minister as per Article 76(5) of the constitution on Tuesday, following SupremeCo urt's mandamus.

of 271 member House of Representatives.

Lawmakers belonging to CPN (Maoist Center), Janata Samajbadi Party (JSP) factions led by both Upendra Yadav and Mahantha Thakur, Rastriya Janamorcha Party and a section of lawmakers of CPN-UML had voted in favor of Deuba during the floor test. A lawmaker belonging to Rashtriya Prajatantra Party (RPP) had chosen to abstain from the voting.

Sher Bahadur Deuba, as the next prime minister on May 24.

This was after the Nepal President had refused to allow Deuba to form a new government as per Article 76 (5) and dissolution of the House.

With Oli failing to secure the vote of confidence on May 10, Bhandari on May 13 had

the party with the highest number of members in the House.

A week after his appointment, Oli on May 20 in a sudden move recommended that the