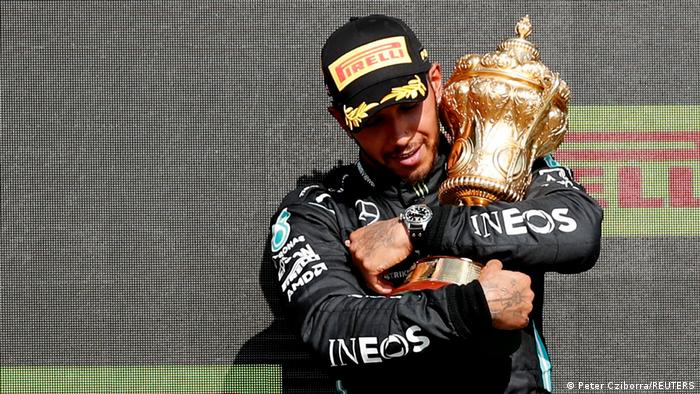 Silverstone [UK]: Red Bull Racing's Max Verstappen has accused Mercedes' driver, Lewis Hamilton of disrespectful and unsportsmanlike behaviour, after the two collided on the race track in the first lap of the British Grand Prix.

Due to this collision, Verstappen was sent crashing out of the British GP in just the very first lap of the race. "Glad I'm ok. Very disappointed with being taken out like this. The penalty given does not help us and doesn't do justice to the dangerous move Lewis made on track. Watching the celebrations while still in hospital is disrespectful and unsportsmanlike behavior but we move on," tweeted Verstappen.

Hamilton and Verstappen had sparred spectacularly throughout the first half lap of the Grand Prix, but made contact at Copse when Hamilton tried to pass up the inside into the fast sweeping corner, with Verstappen spinning hard into the barriers and out of the race - with Hamilton handed a 10-second penalty for the collision.

But a committed recovery from Hamilton saw him close down the gap to Ferrari's Charles Leclerc in the final stages of the race, Hamilton passing the Monegasque driver on Lap 50 of 52 to take an emotional victory in front of an ecstatic British Grand Prix crowd - with the reigning champion closing the gap to Verstappen in the title race to just eight points.

Hamilton overcame first lap contact with title rival Verstappen and a 10-second penalty to take an eighth British Grand Prix win at Silverstone on Sunday, passing Ferrari's Charles Leclerc - who led the majority of the race - with just three laps of the race to go, as the second Mercedes of Valtteri Bottas took P3.

Bottas in third was ahead of the McLaren pair of Lando Norris and Daniel Ricciardo, the latter doing a sterling job to hold off the attack of Ferrari's Carlos Sainz for much of the latter half of the race, with Sainz taking P6.