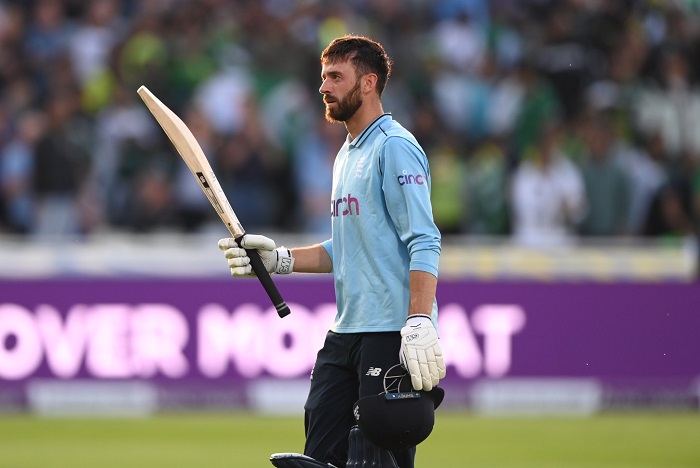 Birmingham: England won the three-match ICC Men's Cricket World Cup Super League ODI series against Pakistan 3-0 by recording a three-wicket win in the third and final match which turned out to be a high scoring thriller at Edgbaston, Birmingham on Tuesday.

Sent out to bat, Pakistan finished with what looked like a competitive total of 331/9 thanks to Babar Azam's career-best 158 and fifties from Imam-ul-Haq (56) and Mohammad Rizwan (74). Unfortunately for the visitors, it did not prove enough as England chased down the target with two overs and three wickets to spare, courtesy of a maiden ODI ton from James Vince and an impressive 77 from Lewis Gregory.

Pakistan's innings got off to a less than ideal start when Saqib Mahmood (3/60) had Fakhar Zaman (6) caught in the cordon for six. Babar then added 179 runs for the third-wicket with Mohammad Rizwan who contributed 74 off 58 balls with the help of eight fours. The two upped Pakistan's run rate after a cautious start by finding the boundary at regular intervals as England bowlers toiled hard on a good batting surface.

Babar had earlier added 92 runs for the second-wicket with Imam-ul-Haq who scored 56 off 73 balls (seven fours).

Chasing 332-runs for a third straight win in the series, England were well served by the pair of James Vince and Lewis Gregory who added 129 runs for the sixth wicket to rescue their side from a precarious position of 165 for five.

The right-handed Vince posted the maiden ODI century of his career, he scored 102 off 95 balls (11 fours) to spearhead the big chase - sixth-best by England in ODIs. All-rounder Gregory provided great support from the other end as he posted his career-best 77 (69 balls, six fours, three sixes). Vince and Gregory went in quick succession but the pair of Craig Overton and Carse added 29 runs for the unbeaten eight-wicket partnership to take their side to the target with 12 balls spare.

Both sides will now feature in a three-match T20I series starting from 16 July at Trent Bridge, Nottingham.