Death toll climbs to 72 as violence continues in South Africa 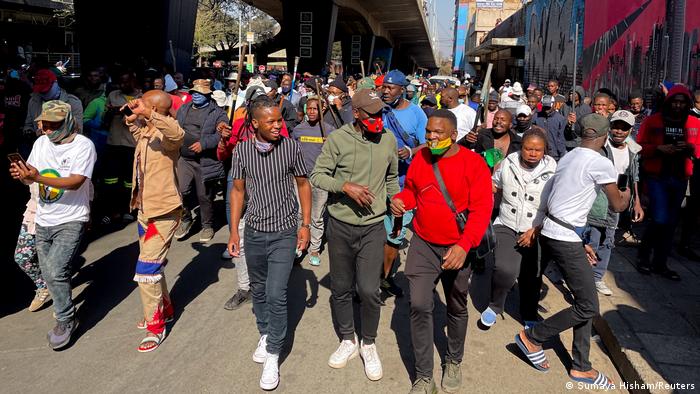 Johannesburg : Despite President Cyril Ramaphosa's order to deploy troops to quell the unrest, the death toll due to violence in South Africa, following the arrest of former President Jacob Zuma, has risen to 72 on Tuesday.

"The total number of people who have lost their lives since the beginning of these protests ...has risen to 72," police said in a statement, reported Al Jazeera. Crowds clashed with police and ransacked or burned shopping malls in South Africa due to grievances unleashed by the jailing of former President Jacob Zuma.

Zuma, 79, was sentenced last month for defying a constitutional court order to give evidence at an inquiry investigating high-level corruption during his nine years in office until 2018.

The decision to jail him resulted from legal proceedings seen as a test of post-apartheid South Africa's ability to enforce the rule of law, including against powerful politicians, reported Al Jazeera.