We Love Oman: Tawi Ateer, one of the largest solvent sinkholes in the world 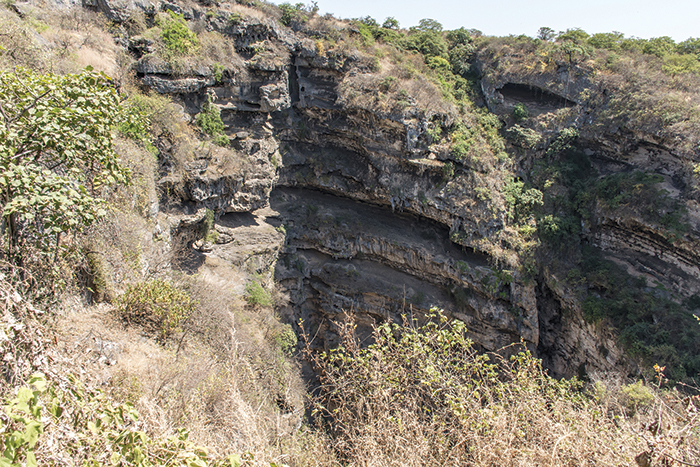 While Tawi Ateer in Salalah is one of the biggest solvent sinkholes in the world, Teeq Cave at the top of the sinkhole has numerous entrances, narrow paths, waterfalls, and panoramic views.  In Al Mughsayl, about 40 kilometres from Salalah, one can see the magnificent natural blow-holes, oceanic views, and the famous Al Marnif Cave.

The cave has been equipped with visitor-friendly facilities. A protective fence has been installed on the side overlooking the sea, in addition to seating, corridors, walkways and a bridge.

According to Oman’s Ministry of Tourism, “Tawi Ateer Sinkhole, known as the ‘Bird Well’ gained international fame after its discovery in 1997 by a team of Slovenian explorers in collaboration with Sultan Qaboos University as one of the largest solvent sinkholes in the world. This adds to the Sultanate’s rich biodiversity, its geographical and historical richness, and its historical and archaeological sites, as well as its remains of early civilisation, all of which endorse the Governorate of Dhofar as a tourist destination, and boost the various opportunities for those interested in discovery, along with nature and adventure lovers.

“The capacity of the Teeq Sinkhole is about 975 thousand cubic metres. Its diameter is between 130 to 150 metres and its depth is 211 metres.  Water flowing down the valleys has resulted in the formation of the sinkhole, with its magnificent waterfalls along the intersection with Teeq Sinkhole.

“Teeq Cave is near the top of the sinkhole. It has no less than six entrances, the largest of which is the Western entrance and wall which can be seen from the top of Teeq Sinkhole. You can reach that entrance along narrow paths located off the main trail. From those paths you can enjoy panoramic views of the sinkhole and its waterfalls.”