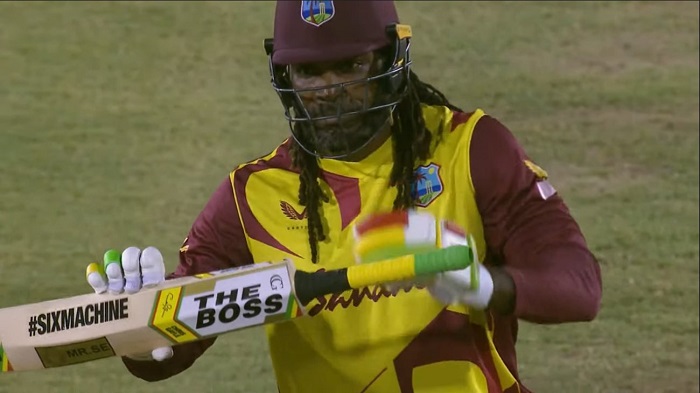 With this win, West Indies secured T20I series victory over Australia with two more games to go. A quality death bowling from West Indies had restricted Australia to 141/6 before the hosts chased down the total comfortably with 31 balls to spare.

During the run chase, Gayle also became the first player to smash 14000 runs in the shortest format of the game.

Chasing 142, West Indies got off to a bad start as Mitchell Starc struck in the first over dismissing Andre Fletcher for four runs.

Lendl Simmons and Chris Gayle then stitched a 38-run stand for the second wicket before Riley Meredith removed the opener reducing West Indies to 42/2 inside the powerplay.

However, Gayle continued smashing the ball as he found his form to bring up his first T20I fifty since 2016. He smashed three consecutive sixes to get to his half-century.

Meredith dismissed Gayle in the 12th over but the damage was done as West Indies just needed 33 runs in eight overs. Pooran and Andre Russell in end guided the hosts to a series-clinching win over Australia in the 15th over.

However, the visitors kept losing wickets at regular intervals as the batsmen never really looked comfortable during the innings.

Australia were 80/4 in 12 overs and Moises Henriques (33) and Ashton Turn (24) revived the visitors' innings but failed to get to a decent total.