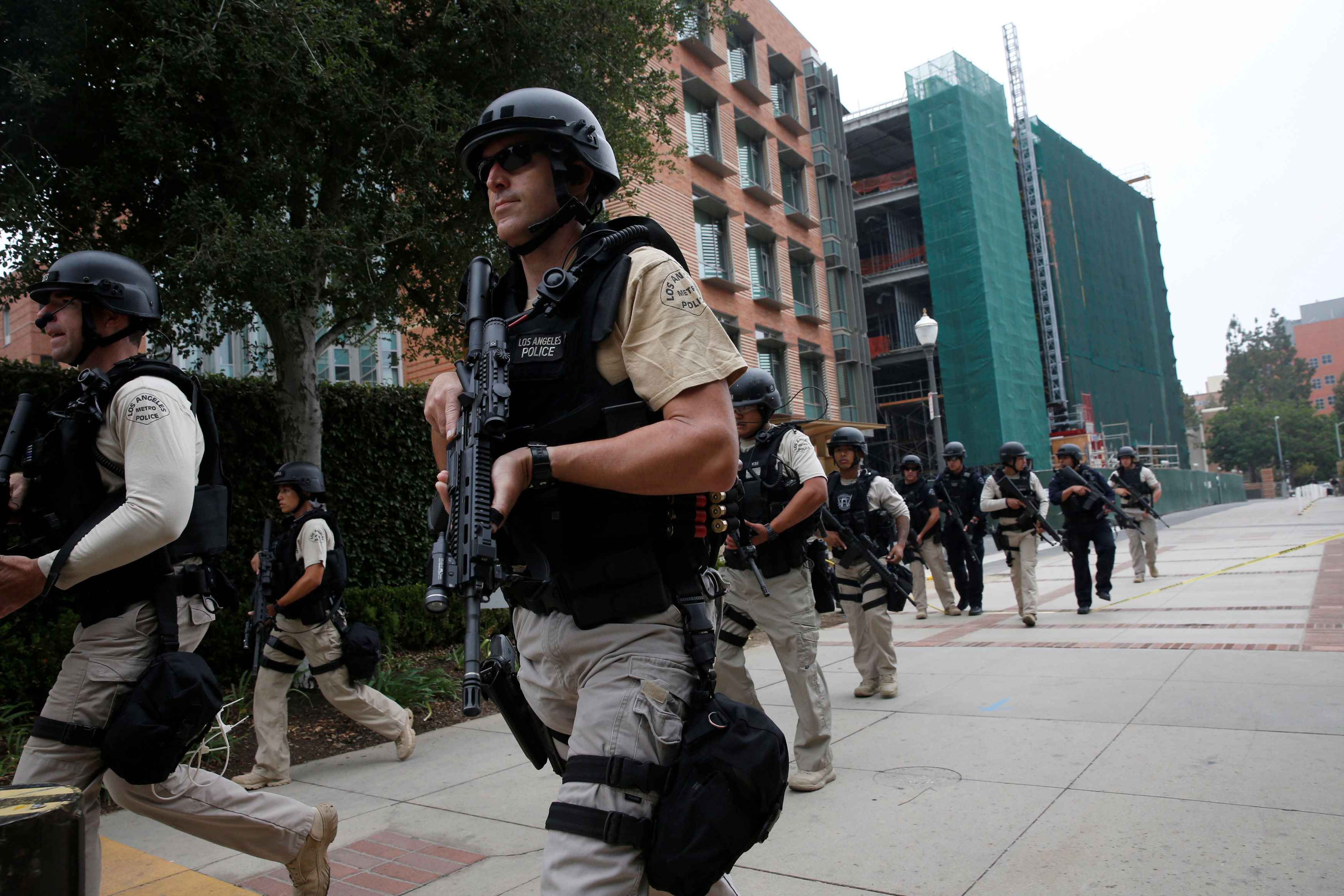 Los Angeles: At least two people were shot dead at the University of California, Los Angeles on Wednesday, police and campus officials said, drawing officers in camouflage and tactical gear to the scene and prompting officials to lock down the campus.
Police were considering the possibility of a murder-suicide. "It is certainly possible that one of the victims is a shooter," UCLA Police Chief James Herren told reporters.
CBS News, citing an unidentified police source, said investigators no longer considered it an active shooter situation and that it was believed to be a murder-suicide. Police found a suicide note and handgun, NBC Los Angeles reported, citing an unidentified source.
Los Angeles Police Department spokesman Aareon Jefferson reported two fatalities from the shooting but could not confirm any details about the victims or provide further information about the suspect.
"The LAPD is continuing a methodical search of the campus and surrounding areas," police said in a statement. The campus remained on lockdown, UCLA's office of media relations said.
Bioengineering student Bahjat Alirani said police were yelling at people to run from the scene. "I was in Boelter Hall to take a final and I exit the staircase to see SWAT-looking police yelling at everyone to evacuate immediately," Alirani told Reuters.
UCLA, with more than 43,000 enrolled students, is in the Westwood section of Los Angeles and one of the more well-regarded schools in the University of California system, known for its successful sports programme. Police received multiple calls of shots fired around 10am (1700 GMT), triggering an immediate search for suspects and victims by LAPD and campus police, officials said.
At least three city blocks leading into the campus were filled with dozens of emergency vehicles. Officers in camouflage uniforms with rifles, bulletproof vests and helmets surrounded the scene of the shooting. An armoured car was parked in the middle of one intersection, and helicopters were flying overhead. Students and other bystanders stood calmly, taking pictures on their cell phones and watching the emergency workers. Erica Roberts, a sophomore economics major from Rockville, Maryland, said she took shelter inside the student health centre about 10 minutes after she had arrived for work there. "Everyone is really on edge and contacting loved ones to let them know we are safe," she said in a telephone interview.
"I'm trying to stay in contact with all my friends on campus to make sure they are OK. Everyone is just terrified."