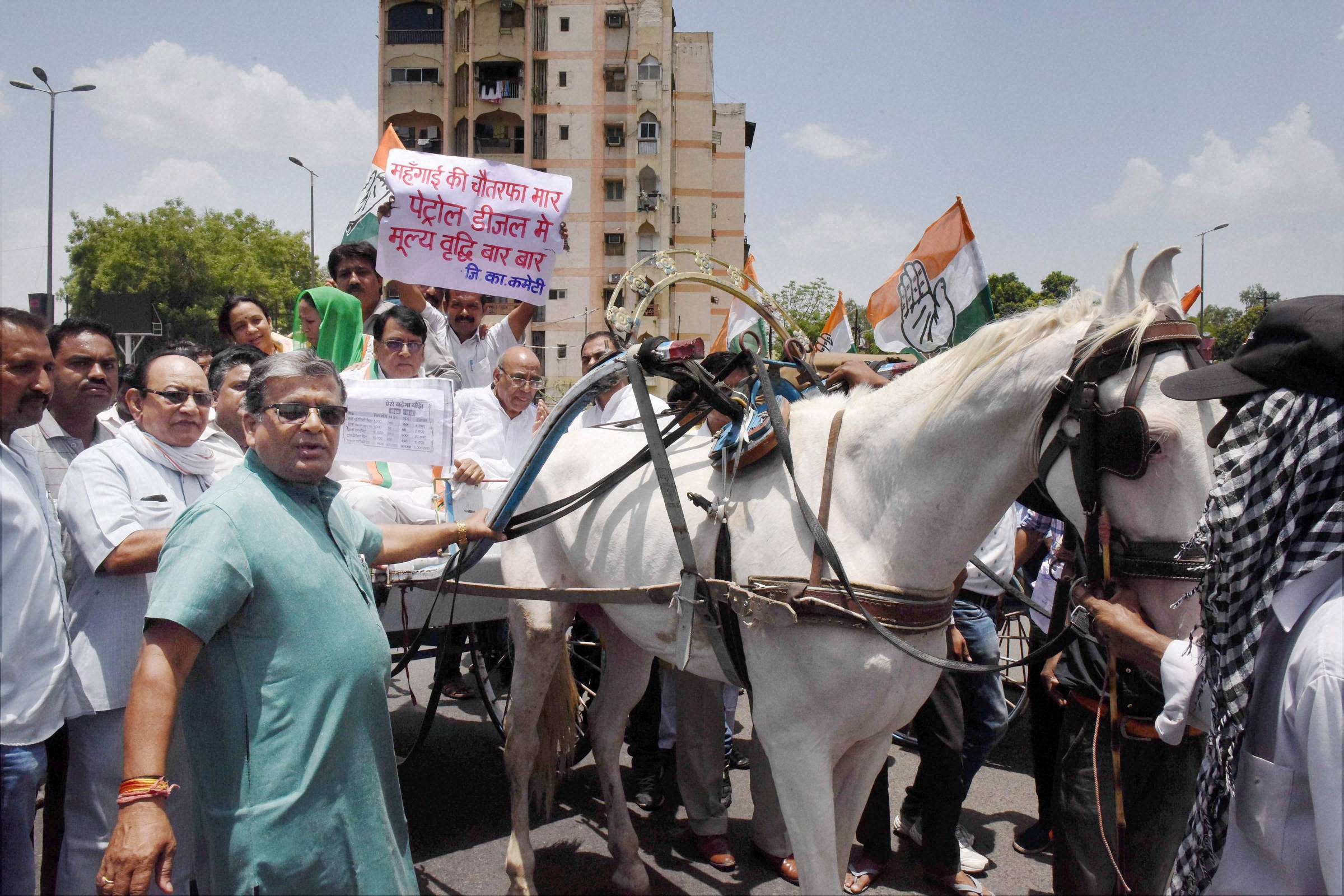 New Delhi/Chennai: Opposition parties on Wednesday attacked the Modi government over the hike in prices of petrol and diesel with Rahul Gandhi wondering whether these are the "promised acche din" and Jayalalithaa demanding immediate rollback.
The ruling Trinamool Congress in West Bengal termed the price hike as a "burden" on general public while the CPI-M stoutly opposed the increase, the third in a month.
"The Modi Government increased petrol and diesel prices for the 3rd time in last one month. Is this the promised #AccheDin" (good days), the Congress Vice President said on micro-blogging site Twitter.
At the AICC briefing earlier, party spokesperson Sushmita Dev targeted the government for raising the prices of petrol and diesel.
"This insensitive Government has not even spared the women of the household already reeling under high prices of dal and vegetables and has dealt a double blow by increasing the cost of non-subsidized LPG cylinder by Rs21 and commercial cylinder by Rs37", she said.
She said while the present price of diesel (in Delhi) is Rs 53.93 per litre and that of petrol and Rs 65.60 per litre, they should have been Rs 21.66 and Rs 25 respectively as per the decrease in international crude prices.
Taking a jibe at the government's tagline on its second anniversary that "desh badal raha hai," she said what was actually happening was that the common man was being burdened with rising prices.
In Chennai, Tamil Nadu Chief Minister Jayalalithaa demanded rollback of the latest hike, saying it would lead to increase in prices of essential commodities.
"I have pointed out many times that the Price Fixation Policy followed by Oil Marketing companies is wrong. The price of petrol and diesel has now been increased based on this wrong policy," she said in a statement.
The bi-monthly determination of fuel price based on the rupee-US dollar exchange rate was "not the right policy", she said pointing to the petrol price hike by Rs 2.57 a litre and diesel by Rs 2.35 per litre.
"Due to the hike in petrol and diesel prices, freight charges will increase and the prices of essential commodities will go up, affecting the ordinary people. I urge, the hike announced by the Oil Marketing companies should be withdrawn," she said.
In Kolkata, Trinamool Congress said the fuel price hike was a fresh "burden" on the people.
"Yet another diesel and petrol price hike. Yet another burden for common people," TMC national spokesperson Derek O'Brien said.
Slamming the Modi government on the issue, CPI-M state secretary Surya Kanta Mishra tweeted, "The hike in the petro product prices by the Modi govt will add to the burns of the common man!Is the silence of CM a part of her "issue based" support?."