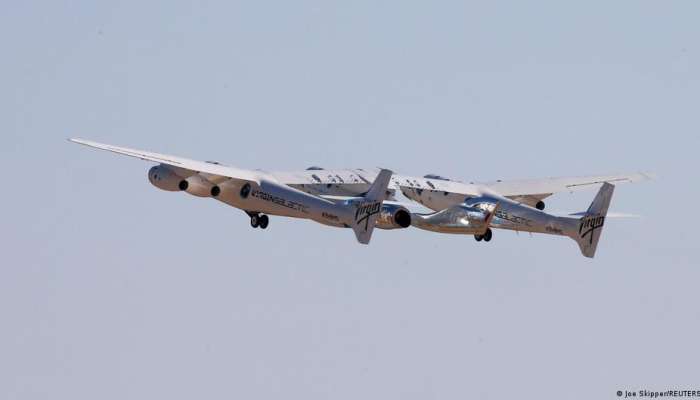 Virgin Galactic's passenger rocket plane ascended for around an hour

London: British businessman Richard Branson has gone where no billionaire has by reaching space on board a Virgin Galactic vessel on Sunday.

The winged rocket ship took off at around 2:40 p.m. UTC after its initial start time was pushed back due to bad weather at its New Mexico launchpad.

The space plane detached from the mother ship at an altitude of about 8 miles (13 kilometers) and fired its engine. It reached the edge of space at about 53 miles (88 kilometers) up.

The crew successfully landed after an hour-long trip.

The 70-year-old entrepreneur behind Virgin Atlantic and Virgin Records has beaten Amazon founder Jeff Bezos in the ultimate space race between some of the world's richest men.

Bezos plans to travel on July 20 on his own New Shepard suborbital rocketship built by his Blue Origin firm. The Amazon founder is set to pilot the spacecraft himself.

Tesla CEO Elon Musk also has ambitions to travel to outer space and eventually Mars, although his timetable is less clear. However, Musk's SpaceX project is expected to carry civilians into space as early as September this year.