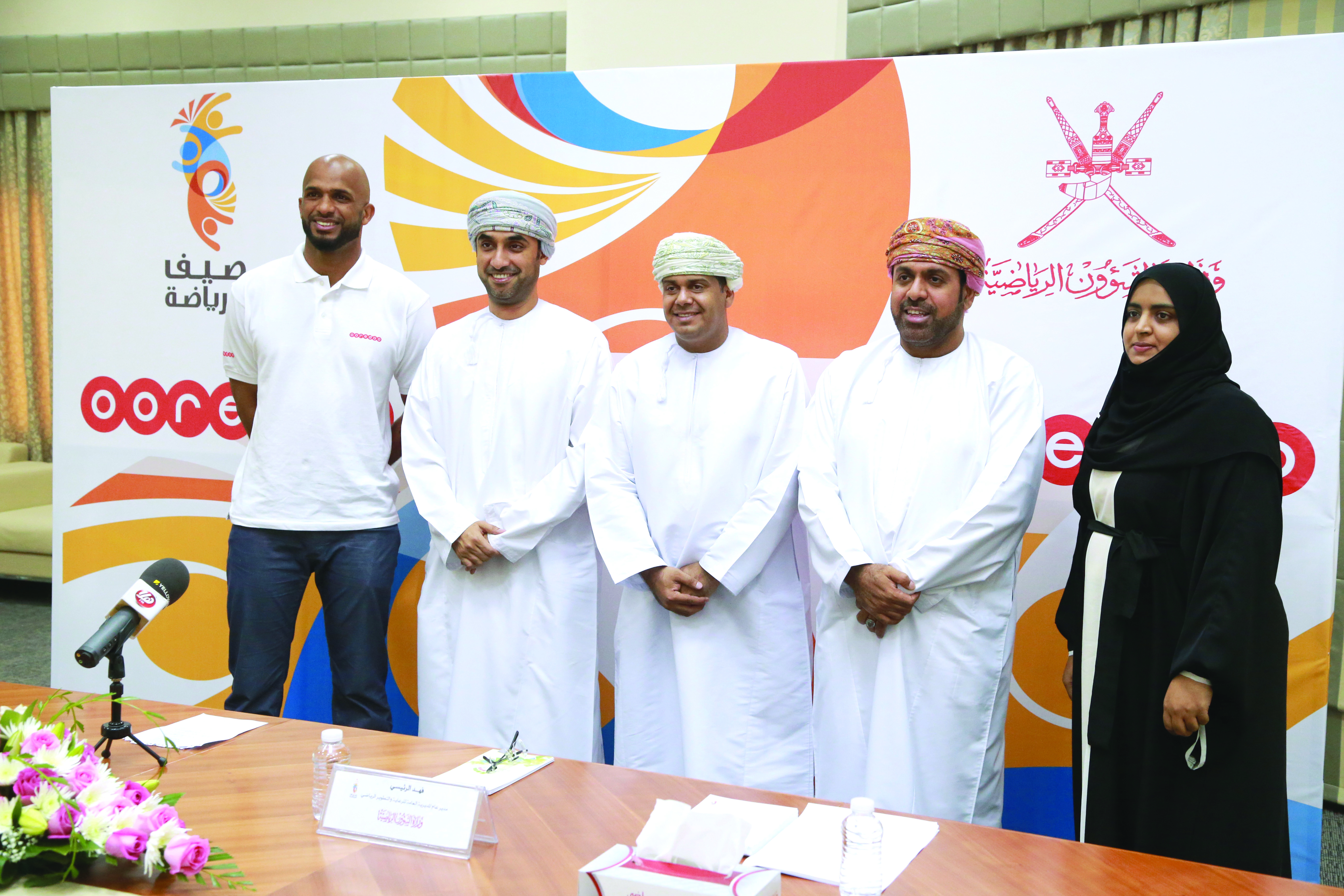 Muscat: Football legend Ali Al Habsi has described the Summer Sports Programme, which aims at engaging both Omani and expatriate children and youth in sports activities during the summer break, as a ‘great initiative’ that is benefiting the society in many aspects.
Speaking at the launch of the 2016 edition of the Ministry of Sports Affairs ambitious project at the ministry’s headquarters on Wednesday, Ali Al Habsi said: “I would like to congratulate the Ministry of Sports Affairs for successfully running a programme that benefits the society over the years. Without doubt this is a great initiative by the ministry.”
The Oman national football team captain, who was present at the launch ceremony as an ambassador of programme’s main sponsors Ooredoo, said: “The programme’s objective itself is commendable as it is aimed at engaging the children and the youth of Oman in sports activities during the summer.
“This programme is very beneficial to society at large. With the schools and colleges closed for summer holidays, the children and youth now have an opportunity to spend their time in a constructive and useful way.”
“It’s not just about engaging the children but developing the right interest in sports. Through this programme the children are introduced to different sports and once they develop the interest, they can further pursue that particular discipline, which I think will be beneficial for the child, the family and the society at large,” he added.
Earlier, Fahd Al Raisi, Director General of Sports Development and Welfare at the Ministry of Sports Affairs, while introducing the Omani-Qatri telecommunication company Ooredoo as the main sponsors said: “We would like to thank Ooredoo for coming forward to be the main sponsor of our Summer Sports Programme this year.
“Like in the previous years, this time too we are hoping to organise a very successful programme. And like in the past, the activities will be open to all, both Omanis and expatriates.”
24 sports
Giving the details of this year’s activities, programme in-charge and ministry official, Ruqaiya Al Jabri, said: “This will be the 11th year of our programme and we are hoping to have another successful edition of our programme.”
“This year’s programme will officially start on June 5 and lasts till August 31,” she said.
“With the aim of making the programme beneficial for more children and youth, we will be involving more coaches and officials. In all there will be 24 sports activities during the programme,” she added.
“The activities will take place in several places across the Sultanate. The venues include the Sultan Qaboos Sports Complex and other sports and youth complex in other parts of the country. We will also be using some of the schools as venues,” she informed.
The ministry official also revealed that this year some of the sports committees will also be involved with the activities, which the main objective of spotting the talented children.
“Some of the sports committees, like bowling committee, will be completely involved in the programme, trying to introduce and promote their respective sports. The members will also be looking to spot the talent, who can hopefully be groomed to be future national team players. That’s one of the main objectives of their involvement in the programme,” she added.
The list of activities of the programme, as in the 2015 edition, includes 'youth activities', 'youth camps', 'youth tours' and 'encourage your team'. There will also be special camps for girls.
Ali committed to Reading
Later, Ali Al Habsi spoke to Times Sport about Oman national football team’s forthcoming camps and friendlies, and about his future with English championship side Reading FC.
With Oman team having no immediate international assignments, coach Juan Ramon Lopez Caro has planned a series of camps and a few friendlies as part of their preparations for the Asian Cup third round qualifiers, which are scheduled for next year.
Ali said he will always be available for the national duty though it is not possible to attend all the forthcoming camps.
“I will always be available for the national duty. It is not possible to attend the camps due to my club engagements. But I will surely be playing the international friendly matches which are planned to be played during the FIFA Days,” he said.
Asked about his future with Reading FC, he said: “At the moment I am not even thinking about any other options. My present contract with Reading runs till next year and I am completely committed to the team.”
Ali Al Habsi, the first Omani player to play in the English Premier League, moved to Reading FC from Wigan Athletic in mid 2015 on a two-year contract, which runs till June 15, 2017.