Privileges for vaccinated people are under consideration: Oman’s Health Minister 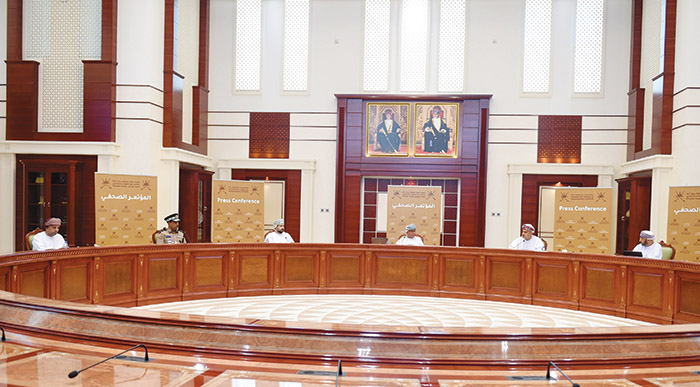 Dr Ahmed bin Mohammed Al  Saidi, Minister of Health and member of the Supreme Committee tasked with tackling developments resulting from  COVID-19 pandemic, has said that the Committee aims, through its decisions, to protect public health and save lives.

The minister pointed out that the Committee’s past decisions to impose lockdowns (notably during the period from October to January 2020) brought about considerable decline in the number of infections.

The minister said that, where it pertains to public health, only figures speak out and respond to numerous queries raised about the significance of lockdowns. It is a fact that lockdowns are common precautions in the world, not just limited to the Sultanate. “Some countries in the region imposed a full, month-long lockdown and the results were more than comfortable,” said Dr. Ahmed, noting that decisions taken by the COVID-19 Supreme Committee and technical departments (Health Ministry) change according to the changing scenario of the pandemic.

Speaking at the 25th press conference held recently by the Supreme Committee since the outbreak of the pandemic, Dr. Ahmed said, “A lot of questions were raised about the total lockdown during the forthcoming Eid days as if the members of the Supreme Committee do not comprehend the misery undergone by all and just wish to deprive people of celebrating the occasion. The objective is clear. Members of the Supreme Committee try their best to curb the spread of the pandemic and save people’s life.”
“How can some celebrate Eid while others grapple with rising numbers of deaths? Somehow, all are affected by the lockdown, but festive seasons can be compensated for after the eradication of the pandemic,” Dr. Ahmed added.

The minister explained further that the gatherings (weddings and otherwise) that took place during Eid Al Fitr holidays caused a spike in infection and death cases, and this is evident by the figures. The Supreme Committee also affirmed the non-performance of Eid prayers or pre-Eid souqs (habta) or any sort of gatherings in all governorates of the Sultanate.

Legal action for refusing  to take vaccination
In other comments, the minister said that the number of people vaccinated against COVID-19 touched 36 per cent of target segments. Data of as many as 100,000 people who have been vaccinated have not yet been processed. Till 7 July 2021, a total of 1,936,330 doses of vaccines have been received, said Dr. Ahmed, adding Pfizer-BioNTech accounted for most doses received/administered in the Sultanate.

The minister affirmed that the vaccination programme will continue to be implemented, targeting at least 65 per cent to 70 per cent of the eligible segments before the end of August 2021.

“The technical health team is currently studying the privileges that will be offered to the vaccinated people after vaccination rate reaches more than 50 per cent,” the Minister of Health added.

There will be no vaccination campaigns during Eid Al Adha holidays, said the minister, but the immunisation drive will resume immediately after Eid, in an intensive manner. Those who made bookings (before the lockdown was decided) will not lose their reservations, said the minister, adding that the appointments will be rescheduled.

The Sultanate will not turn its back on any person who belongs to the target segments, said Dr. Ahmed, who affirmed that all members of the target groups will be vaccinated.
The minister also stressed that legal action will be taken against any employee of a government establishment who refuses the vaccine without a convincing medical reason.

In reply to a question about shifting between AstraZeneca and Pfizer (taking the first dose from one type of vaccine and the second from anther vaccine), or vice-versa, the minister said that the practice is common in some countries and that there is no objection to do the same in the Sultanate.

In his turn, Qais Mohammed Al Yousef, Minister of Commerce, Industry and Investment Promotion, member of the COVID-19 Supreme Committee, said that a specialised technical team and an operating chamber are active round the clock and ready to reply to any queries from wilayats and governorates of the Sultanate.The minister said that ‘delivery firms’ and street vendors are allowed during the lockdown period on condition that they hold permits.

Al Yousef added that the Royal directives of His Majesty the Sultan to the Authority for Small and Medium Enterprises Development (ASMED) provide that the ASMED shall have an emergency loans programme for small and medium enterprises (SMEs).

So far, a total of 3,200 applications have been submitted for such loans, said the minister, noting that the ASMED decided to conduct field visits to the applying firms and establishments.

The minister pointed out that the loans targeted certain segments, which are the segments of “Women”, “The Self-employed”, “Taxis”, “Driving Schools”, “Most Affected Borrowers from Oman Development Bank” and “Home-based Business”.

Meanwhile, Major-General Abdullah Ali  Al Harthy, Assistant Inspector-General of Police and Customs, said that COVID-19 Supreme Committee takes certain cases into consideration and that the panel will be flexible with humanitarian cases and all that relates to farmers during the first period of the lockdown (partial lockdown) and during the period of full lockdown on Eid days. For this purpose, a special centre will be opened and active round the clock. The special cases centre will be under the supervision of five government ministries.

Major General Al Harthy explained that there will be command and control checkpoints between governorates, but wilayats will be open, under the supervision of security personnel to ensure the application of the COVID-19 Supreme Committee’s decisions.
In reply to a question about watering plants and attending to livestock during the lockdown period, Major General  Al Harthy said that there will be flexibility and that the persons concerned will be allowed to do their duties in accordance with certain terms and conditions.

Also, animal feed vehicles will be allowed to stop over at the entrances of wilayats to sell the fodder provided the customers take away the items and leave immediately, without assembling at sale points. Hospitals, pharmacies, fuel filling stations, water stations, factories and warehouses will remain open, said Major General Al Harthy, adding that 3-ton trucks carrying supply items will be allowed to move about to ensure smooth flow of basic services needed to sustain human life during the lockdown period. Emergency cases of all sorts will be allowed passage, including medical teams and emergency teams (electricity and water).

Dr. Ahmed Salim Al Mandhari, WHO Regional Director for the Eastern Mediterranean, said that there is competition and monopoly in the procurement of vaccines at volumes beyond the needs of some countries. He called upon all countries of the world to be fair in distributing the vaccines.

He pointed out that the total lockdown in the Sultanate during Eid Al Adha holidays will protect citizens and residents and ease the pressure on medical teams. “Decisions taken by countries to control the pandemic curve are recognised by all as practical measures that, though painful. We have to be objective in our vision of serious matters,” he said.

Dr. Saif Salim al-Abri, Health Ministry’s Director-General of Disease Surveillance and Control, said that the WHO issued a report last week indicating that, though vaccinations are being administered at a constant pace in advanced countries, there is still great caution, since no respite is seen from the pandemic.

Al Abri affirmed that vaccines are worth taking and that they do protect from the disease although some of those who get two doses still get light infections.
The vaccination prevents the occurrence of serious cases that require hospitalisation, said Dr. Saif, noting that no change of procedure has been made for people arriving from abroad before the end of August 2021.

Dr. Saif expressed the hopes that, by the end of July 2021, decisions based on the percentages of immunisation will be issued in the Sultanate. He said that the rate of deaths increased by 372 per cent, compared to the situation during the previous wave in August last year (2020).

Dr. Badr Saif Al Rawahi, Director of Contagious Disease Control Department at the Health Ministry, said that two million people will be vaccinated in Oman after Eid Al Adha holidays, accounting for 55 per cent of the target proportion.The number of doses of vaccines in the Sultanate is expected to reach 3 million during August and September 2021, he added.

“So far, we immunise about 40,000 people on a daily basis,” said Dr Badr, who hoped that the rate of immunisation will rise upon the arrival of new amounts of vaccines after Eid Al Adha.