Copa America: It is Messi versus Neymar as friends turn rivals on the night of the final 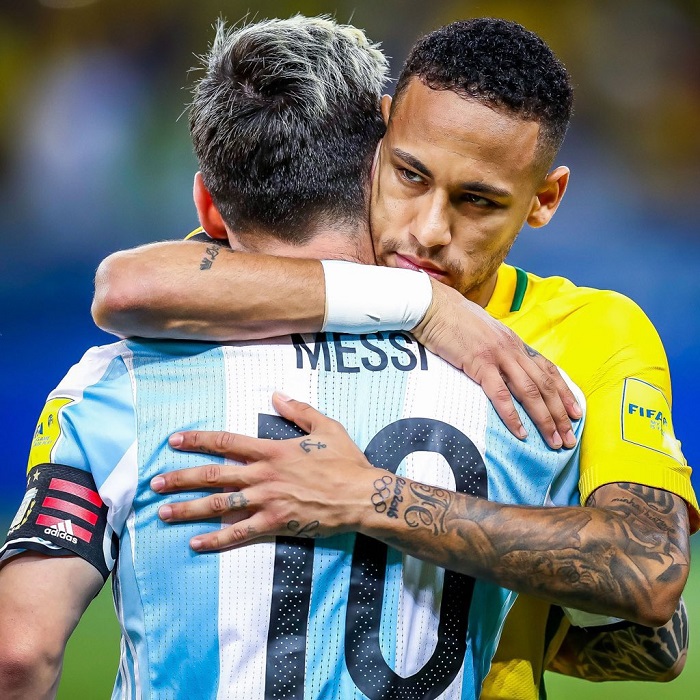 This action-pack encounter will witness Lionel Messi on one side and Neymar on the other as the two friends turn fierce rivals on the night.

Brasilia: Two of the biggest footballing nations in South America, Argentina and Brazil, have a date with destiny on Saturday at the world-famous Maracana in Rio de Janeiro to decide who will be the 2021 CONMEBOL Copa America champion.

This action-pack encounter will witness Lionel Messi on one side and Neymar on the other as the two friends turn fierce rivals on the night.

The game will kickoff at 21:00 local time with fans around the world tuning in for this dream final. Argentina is yet to be beaten in this year's competition. Lionel Scaloni's side finished top of their group with three wins and a draw against Chile.

In the quarterfinal, they won 3-0 against Ecuador to progress to the final four. La Albiceleste have reached the final in four of the last six editions but have not lifted the trophy in almost 30 years; they will hope to put an end to that run against Brazil. A motivated and inspirational Lionel Messi has been the star for Argentina in the 2021 Copa America so far alongside the likes of Lautaro Martinez, Rodrigo de Paul, and their new hero, the goalkeeper Emiliano 'Dibu' Martinez.

As for Brazil, Neymar and Lucas Paqueta have linked pretty well in attack ahead of a very organised, strong defensive unit that has taken them to the final. Paqueta scored two-goal against Chile and Peru as Brazil won both matches by the scoreline of 1-0 to enter the Copa America Final.

All eyes in this crucial final will be again on Barcelona legend Lionel Messi who has won everything at the club level, both in personal and team capacity, but has missed a major title with his country apart from a 2008 gold medal in the Olympics. PSG and Brazilian star Neymar also has never won this continental trophy as he was out with injury in the 2019 Copa America when Brazil won.

All these ingredients make for what should be one of the greatest finals in the history of the CONMEBOL Copa America.