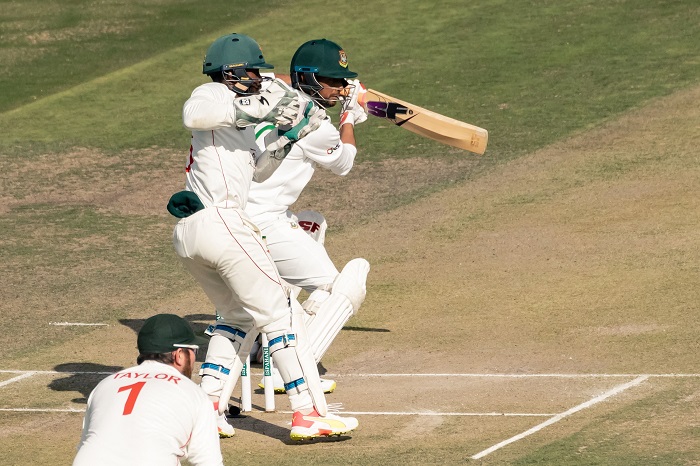 Mahmudullah made the announcement shortly after the end of the third day's play of the ongoing one-off Test against Zimbabwe.

Harare : Bangladesh all-rounder Mahmudullah has announced his retirement from Test cricket in the middle of the ongoing one-off game against Zimbabwe.

According to a report in ESPNcricinfo, Mahmudullah made the announcement shortly after the end of the third day's play of the ongoing one-off Test against Zimbabwe. Mahmudullah's decision didn't go well with the Bangladesh Cricket Board (BCB) president Nazmul Hassan, who said the all-rounder's announcement will negatively affect the team in the middle of the game.

Hassan said Mahmudullah's decision was "unusual" since the match isn't over yet.

"I have not been informed officially but someone called me on the phone and said he doesn't want to play Tests anymore," Hassan told the Bengali daily Prothom Alo as reported ESPNcricinfo.

"Apparently, he told the dressing room. I think it is highly unusual, since the match isn't even over. I think he did it from emotion. Such an announcement will have a negative impact on the team. It is unacceptable. I have no problem if someone doesn't want to play, but there is no need to create a mess in the middle of a series," he added.

The ongoing one-off Test is Mahmudullah's 50th match in the longest format of the game. The all-rounder hit a gutsy ton in Bangladesh first innings to rescue visitors from a precarious position.

The visitors scored 468 in the first innings in response to Zimbabwe's 276. Mahmudullah was added at the last minute to the Bangladesh squad.

Meanwhile, Bangladesh player Taskin Ahmed and Zimbabwe fast bowler Blessing Muzarabani have both been fined 15 per cent of their match fees for breaching Level 1 of the ICC Code of Conduct during the second day of the one-off Test in Harare.

According to ICC, in addition to this, one demerit point each has been added to the disciplinary records of the players, both of whom did not have any previous offence in a 24-month period.

The incident occurred in the 85th over of Bangladesh's first innings on Thursday. After Muzarabani had bowled a delivery to Taskin, the two players moved aggressively towards each other, and contact was made after words were exchanged face to face.

Bangladesh openers Shadman Islam and Saif Hassan take their side to 45/0 at stumps on day three of the ongoing one-off Test. The visitors lead by 237 runs in the second innings.