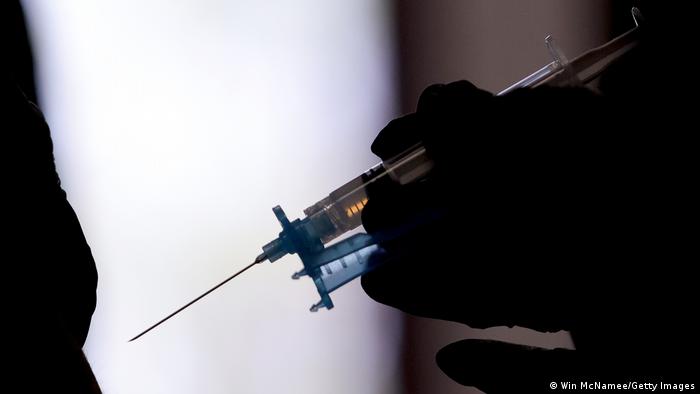 The BioNTech-Pfizer COVID-19 jab is administered in two doses

Washington: US drugmaker Pfizer and Germany's BioNTech have announced that they will seek regulatory authorisation for a third dose of their Covid-19 vaccine.

The companies, whose Covid-19 vaccine is sold under the brand name 'Comirnaty', are developing a booster shot intended to target the delta variant as concerns rise about the highly transmissible strain.

The companies said they believe a third dose of the mRNA vaccine has the potential to preserve the highest levels of protective efficacy against all currently known variants including Delta.

But US top federal agencies said Americans don't need boosters yet and said it was not up to companies alone to decide when they might be needed.

The joint statement issued by the Food and Drug Administration (FDA) and Centers for Disease and Control (CDC), saying Americans do not need booster shots yet. This joint statement released after Pfizer issued its statement.

"Americans who have been fully vaccinated do not need a booster shot at this time," they said

The US government officials have stressed that fully vaccinated people have a low risk of infection, even from the Delta or B.1.617.2 variant, which is more transmissible than earlier lineages of the virus.

In a joint statement, Pfizer and its partner BioNTech said the evidence they have evidence of showing antibody levels five to ten times higher than the original coronavirus and the Beta variant first found in South Africa.

"Pfizer and BioNTech have seen encouraging data in the ongoing booster trial of a third dose of the current BNT162b2 vaccine. Initial data from the study demonstrate that a booster dose given 6 months after the second dose has a consistent tolerability profile while eliciting high neutralization titers against the wild type and the Beta variant, which are 5 to 10 times higher than after two primary doses," read the statement.

"The companies expect to publish more definitive data soon as well as in a peer-reviewed journal and plan to submit the data to the FDA (Food and Drug Administration), EMA (European Medicines Agency) and other regulatory authorities in the coming weeks," the statement said.

Pfizer and its partner BioNTech said evidence was building that people's immunity starts to wane after they have been vaccinated.

Clinical studies could begin as early as August, subject to regulatory approvals, the companies said. (ANI)