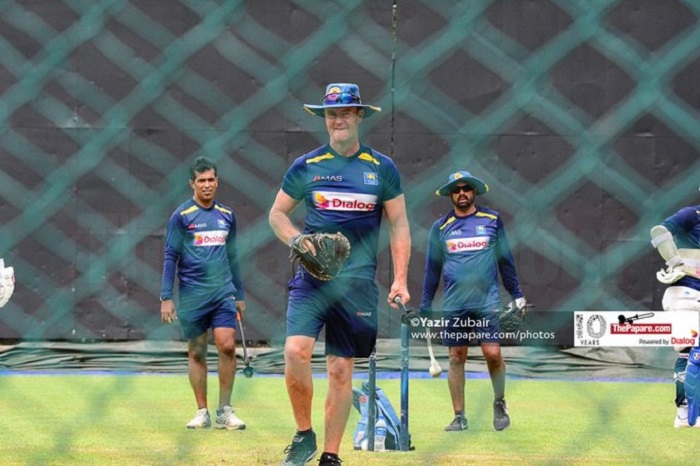 "He was found to be positive during a PCR test carried out on him today when Flower showed mild symptoms of the disease," SLC said in an official statement. The Indian team is currently in Sri Lanka to play three ODIs and three T20Is.

Immediately upon identification, Flower was isolated from the rest of the team members (players and coaches) who are undergoing quarantine following their return from England.

He is now undergoing due medical protocols.

Whilst a new round of PCR Tests were conducted among the remaining squad members this evening.

Three England players testing positive for Covid-19 had sent alarm bells ringing as Sri Lanka and India are slated to lock horns against each other in three ODIs and three T20Is.

Sri Lanka last played against England in three ODIs and three T20Is and the cricketers returned to Sri Lanka on Tuesday evening. Sources within the Sri Lanka board have confirmed that England players testing positive for Covid-19 is not the reason to ask the Sri Lanka players to enter bio-bubble, they would have entered the bubble right away as India is already in the Island Nation.

"Our players will anyway go into a bubble, since India is already in the country," the source had told ANI.

Sri Lanka failed to win a single match on their tour to England after they suffered a 3-0 defeat in T20Is and a 2-0 in the ODI series.