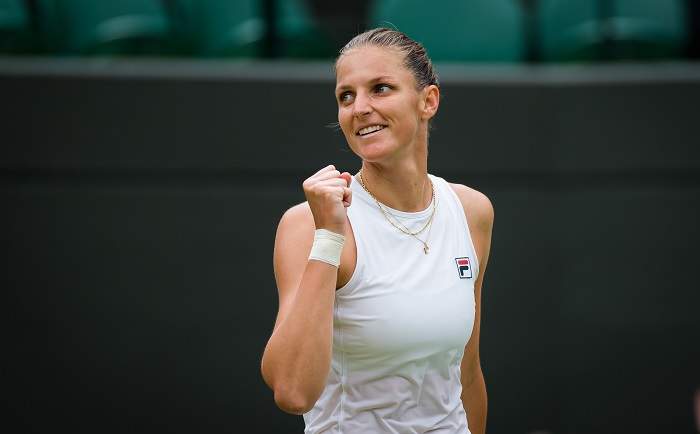 Karolina Pliskova will play for her maiden major title at Wimbledon.

London: Czech Republic's Karolina Pliskova has stormed into the women's final of the ongoing Wimbledon 2021.

She will lock horns with Australia's Ashleigh Barty in the final. Pliskova defeated Belarus' Aryna Sabalenka 5-7, 6-4, 6-4 in the semifinal here at the Centre Court. The first set between Pliskova and Sabalenka saw back and forth action, and at one stage it stood level at 5-5. However, Sabalenka then took her game one notch higher and she won the first set 7-5.

Pliskova made a comeback in the second set winning it 6-4 and the match progressed to the third and deciding set.

Pliskova continued with her momentum and she won the third and deciding set to progress ahead in the tournament.

Earlier in the day, World number one tennis player Ashleigh Barty progressed to the women's finals of the ongoing Wimbledon 2021.

Barty defeated Germany's Angelique Kerber 6-3, 7-6 in the semifinals here at the Centre Court.