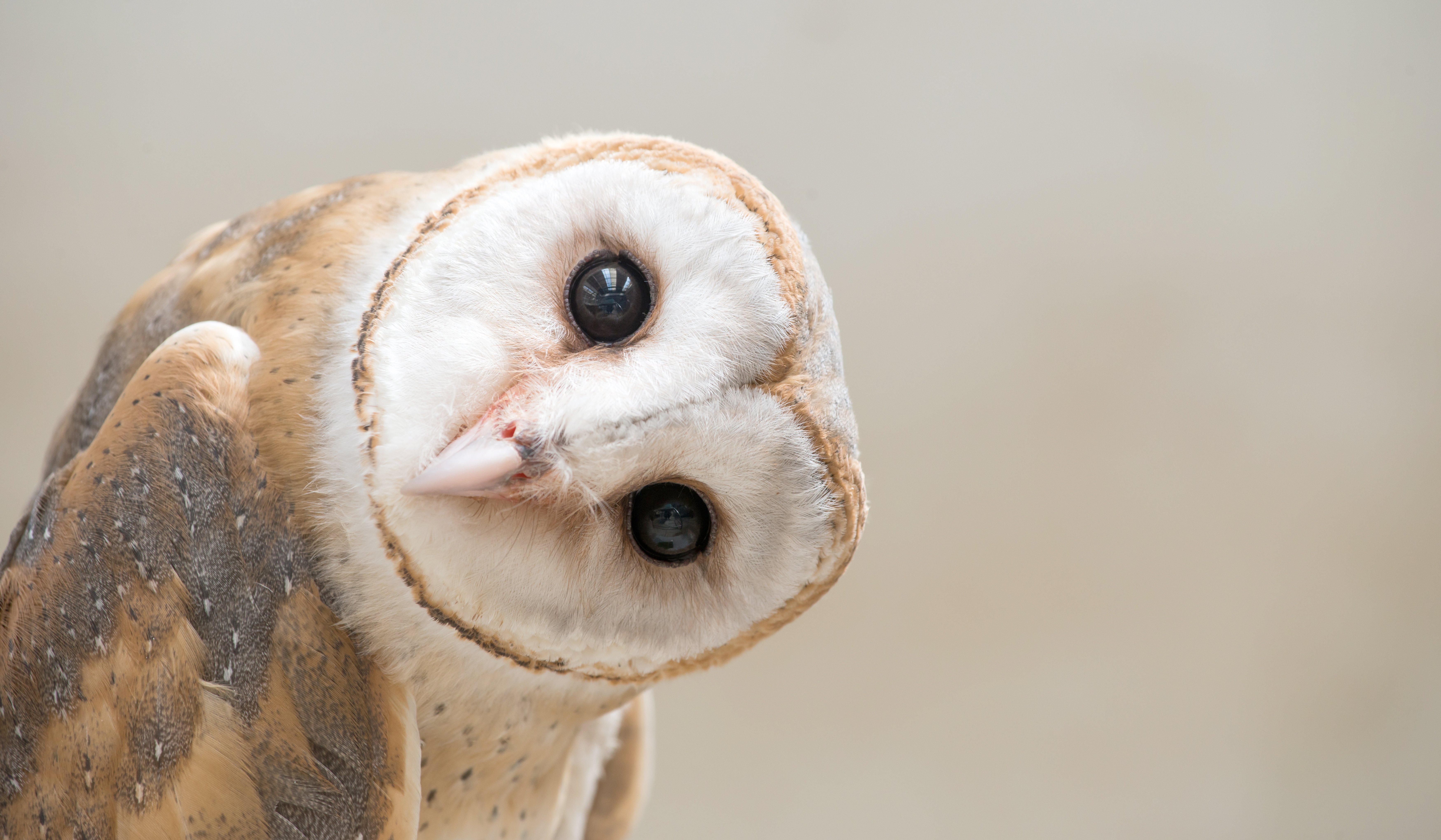 These mostly nocturnal birds of prey are known for their silent flight and haunting calls. There are more than 200 species of owls found in a variety of habitats around the world.
There are 16 species of barn owls. These owls are easily recognised by their heart-shaped faces. This distinct facial shape helps the owl collect and amplify sound, giving it a keen sense of hearing, which it uses to locate prey. These medium-sized birds have a wingspan of about 3.5 feet (1m).
Like all owls, barn owls feed on a variety of small animals, including mice, moles, rabbits and squirrels.
There are about 190 species of true owls. True owls range in size from the tiny elf owl, with a wingspan of about 10.5 inches (27cm), to the large Eurasian eagle owl, with a wingspan of about 6 feet (1.8m). True owls have a large head with a round facial disc. Their feathers are usually a mottled brown or grey, which serves as a form of camouflage.
All owls lay pure white, round eggs. They do not build nests, but will use ready-made sites like the abandoned nests of other birds or the holes in trees made by woodpeckers. Owlets sometimes leave the nest before they can fly. They stay in touch with their parents with peeps and calls. If you find a baby owl on the ground, resist the temptation to touch it, and let nature take its course. Owlets are quite good at looking after themselves.
The great gray owl is also known as the great gray ghost, phantom of the North, cinereous owl, spectral owl, Lapland owl, spruce owl, bearded owl and sooty owl. This owl is the official bird of Manitoba, Canada. It tends to fly close to the ground, and can be aggressive if it thinks its nest is in danger.
Just 19 owl species are native to North America. In mythology, owls are often associated with wisdom or evil spirits. Ten to 16 hours after eating, owls throw up hard pellets (or castings) of bones, fur, teeth, feathers, and other indigestible material.
—[email protected]