Fans of England, Denmark in Oman gear up for semifinal clash 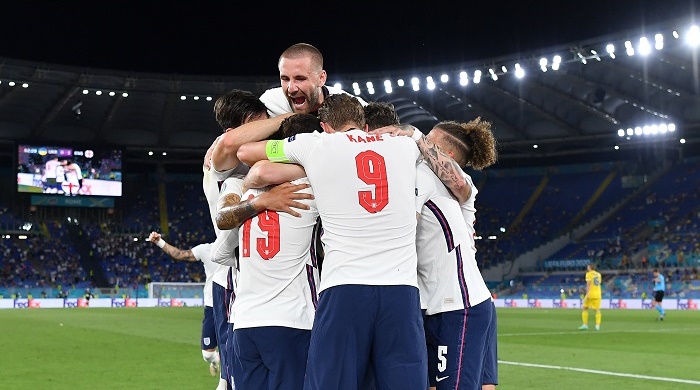 The two teams will take to the pitch at London’s Wembley Stadium at 11pm on Wednesday, July 7, with a place in the final up for grabs.

Muscat: English and Danish citizens in Oman have sent their best wishes to their national teams, ahead of their crucial semi-final match at UEFA Euro 2020.

The two teams will take to the pitch at London’s Wembley Stadium at 11pm on Wednesday, July 7, with a place in the final up for grabs.

Ole Emil Moesby, the Ambassador of Denmark to Oman, has a special message for his national team before kick-off. He believes that no matter the result, his football side have done the country proud, restarting a wave of patriotic pride in the country.

“Since our first game, where we suffered a very traumatic incident to our best player, Christian Eriksen, the team spirit and fight our boys have shown has been absolutely phenomenal,” he said. “They have gained the attention of everyone in the country, and there is a lot of national pride for what they have done, even among those who don’t normally follow football: the entire nation is united behind them.”

On June 12, midfielder Eriksen collapsed during his side’s opener against Finland, after his heart stopped. Medics had to administer him frantic medical attention, before he was rushed to hospital where he recovered. That incident has brought the Denmark squad together, as they know are they now fighting for something greater than just victory on the pitch.

“Our captain Simon Kjaer showed us just how good a leader he is, when he organised things quickly to get Eriksen help,” said the ambassador. “I think everyone is a hero on our team: our goalkeeper Kasper Schmeichel has been excellent so far.”

“It is not just the players on the pitch, but also on the bench as well: Kasper Dolberg, our striker, was asked to start when our main forward Yousuf Poulsen was injured, and he came in and scored in our quarter-final victory against the Czechs. Our coach Kasper Hjulmand has also been superb. Our technical team, the ones who organise the team behind the scenes, everyone has been a hero for us.”

The match will surely see England try to make the most of home advantage, with the vast majority of the crowd supporting the Three Lions. Denmark might be hoping to use the pressure the hosts are facing against them, but their ambassador admits the challenge ahead of them is by far the sternest they will have at the tournament.

“It is a very exciting time: I don’t think England have conceded a goal this tournament, which makes thema very organised team,” said Eliott Wright, an Englishman in Muscat.

“But this is a little bit like the last World Cup, where we’ve had fairly okay teams against us, with the exception of maybe Germany. They’ve been fairly beatable, but the team’s confidence is high, it is at Wembley, where there are going to be 60,000 fans, which will be amazing to see, given the damage the coronavirus has caused over the last 18 months.”

England have never won the European Championships, while the Danes won it in 1992, with legends such as Peter Schmeichel and Michael Laudrup taking them to victory. The absence of Eriksen this time around, agrees Wright, will give the Danes plenty of motivation.

“We need to respect Denmark – they are going to be coming out all guns blazing, but may the best team win!” he said. “I hope we go on into the final and win the tournament.”

“England is starting to show their full potential, and Harry Kane is full of confidence right now,” said Martini, who is the head coach of the Muscat Football Academy.

“Denmark is a tricky team, but I think the English will still win. Their defensive midfielders Kalvin Phillips and Declan Rice, as well as the back four and goalkeeper, have been fantastic so far.

“I do hope we are able to bring the trophy home and it will do England and English football a world of good,” he said. “This is something special they have got in the making.”