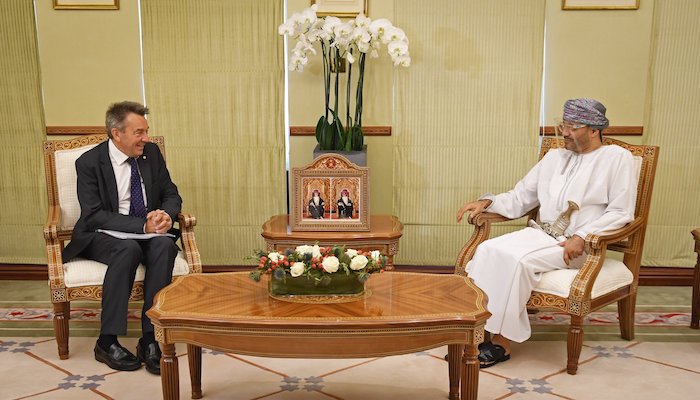 Muscat: Oman Foreign Minister met the President of the International Committee of the Red Cross on Tuesday.

"His Excellency Sayyid Badr bin Hamad Al Busaidi, Minister of Foreign, meets with Peter Maurer, President of the International Committee of the Red Cross, at the Ministry of Foreign," Oman News Agency (ONA) said in a statement.

ONA added that during the meeting, they reviewed the current humanitarian situation in Yemen and the efforts made by all parties to end the conflict and alleviate the suffering of the Yemeni people. Views were also exchanged on various regional and international developments of common interest.