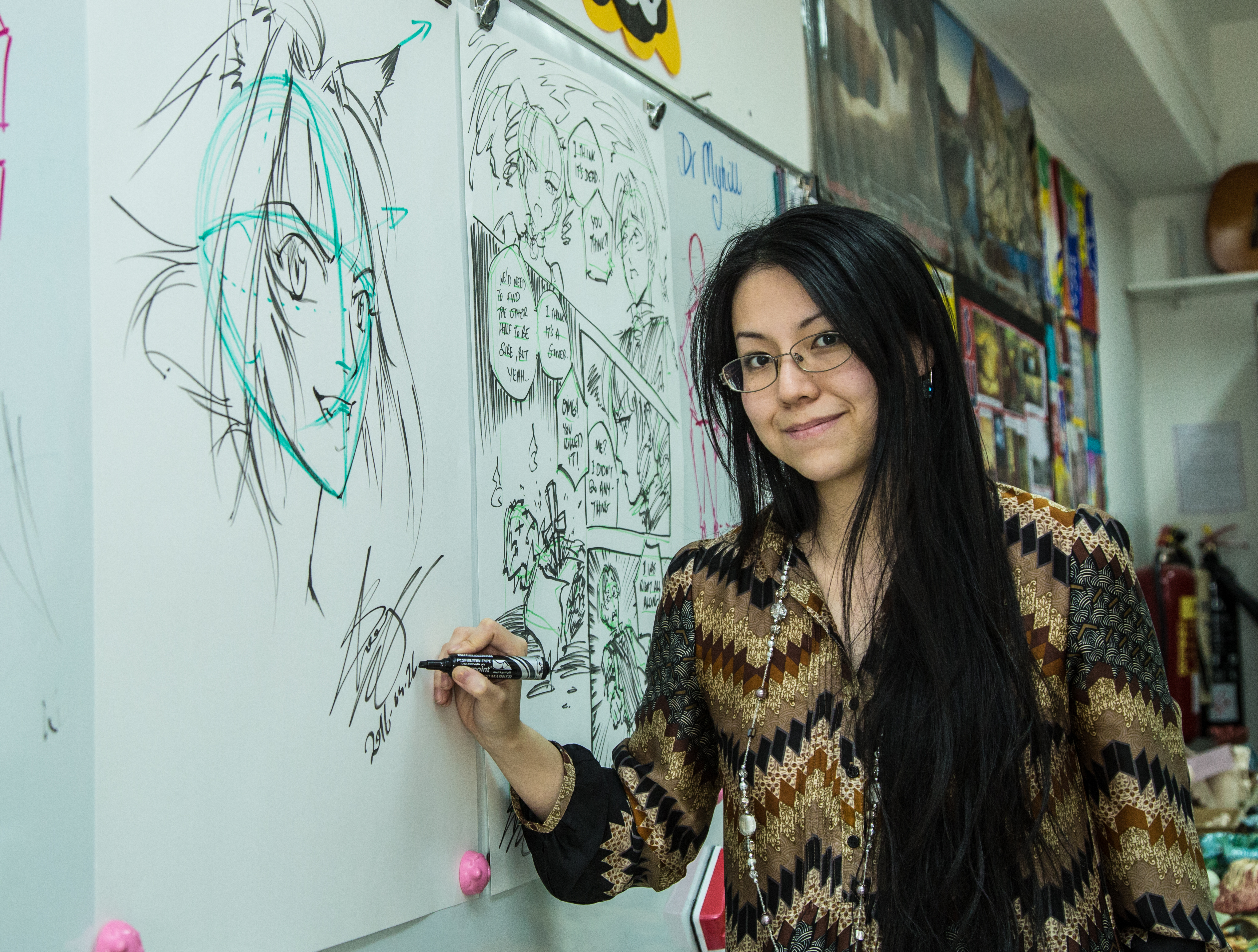 Manga, the comics created in Japan in the late 19th century, doesn’t need any introduction. The big-eyed, tiny-mouthed, and round-headed comic characters have emerged as global favourites, cutting across boundaries of age, gender, and nationalities.
The popularity of Manga can be attributed to a number of hardworking artists who have given new dimensions to the comic series, and Sonia Leong is a leading figure among them.
Leong has carved a niche for herself with her first graphic novel, Manga Shakespeare: Romeo and Juliet, which scooped many awards besides emerging as the best-selling Manga comic book. The talented artist spoke to Times of Oman during her recent visit to the Sultanate, where she conducted workshops for the British School Muscat students.

How did you fall in love with Manga?
My tryst with Manga began in 2003, though I never formally studied art. Instead, I was encouraged to study business and economics, and I hold a Bachelor degree in both the subjects. But my love for Manga remained intact. I had won Tokyo pop’s first UK Rising Stars of Manga competition in 2005 and NEO Magazine’s 2005 Manga competition, which helped me establish as a Manga artist.

Why did you create Manga version of Romeo & Juliet?
My publisher was inspired by the Buz Luhrman movie of 1986, Romeo + Juliet, starring Leonardo Dicarpio. The amazing movie version had put things in a modern way. The publisher realised the huge potential for Manga versions of Shakespearean classics, and I was hired to create Romeo & Juliet.

What is the reason for Manga’s popularity all over the world?
I think readers can easily relate Manga characters in their lives. There are plenty of Manga characters in different styles and subjects. For example, there are Manga comics that deal with biking, football, and even monsters. It is not just about children’s stuff. There are millions of adult Manga fans who love drama and politics. People are also struck by the realistic proportions of the characters, compared to other comic characters.

How can one learn Manga?
A good Manga artist should be good at drawing. They should understand the importance of proportions and anatomy of characters. Observation is the key to success for any Manga artist. You have to observe people’s movements of the eyes, nose and proportion of the legs.

How was your interaction with the Manga fans at British School Muscat?
I enjoyed it very much. All students were eager to create their own Manga characters though they didn’t know how to go about it. I explained the process in simple terms. The first thing I told them that creating Manga characters is not a tough task. It is all about making simple shapes and simple format that people would understand easily. I also told them to be extra careful while putting their panel and speech bubbles in the right place. They began to enjoy the task after learning the tips.

What is your advise to upcoming Manga artists?
Beginners should try to develop short stories. Once you finish the story, print it, fold it, take it to your school and show it to your friends. I think artists should master the basics before breaking them. You have to observe people and their proportions and learn to draw things realistically.

Story or drawing, which one is important in Manga?
One should have a good story, and ability to narrate it well. For example, consider the story of a hero going to an adventure. We have heard many stories like that, but the narration can make the difference. Publishers prefer only good story tellers.

Should a Manga artist read extensively?
Yes, if a story has to be told well, one needs to do a lot of research. If you are doing science fiction, you have to follow the developments in technology. You have to try and find out a real life equivalent and fantasy characters so that you can make the story believable. So a good Manga artist should be a good reader.

KNOW SONIA LEONG
Sonia Leong is a professional comic artist and illustrator specialising in Manga. She is the Company Secretary of Sweatdrop Studios, a leading UK comic collaborative and independent publisher of Manga. Her works with Sweatdrop include Once Upon a Time, Love Stuffing and Aya Takeo, a full colour comic originally published online. Her first graphic novel was Manga Shakespeare: Romeo and Juleit (Self Made Hero). She had won Young Adult Library Services Association ‘2008 Quick Picks for Reluctant Young Adult Readers’ and ‘Best Books for Young Adults 2008’ for Romeo & Juliet. She also won the Tokyopop’s first UK Rising Stars of Manga competition and NEO Magazine’s Manga Competition, both in 2005. She had illustrated the Manga Life series of self-help comic books (Infinite Ideas), Find True Love and Be Creative. Leong works in other fields such as design, film/television, fashion and advertising. She has also authored numerous instructional art books, the latest being Draw Manga: Complete Skills which includes 20 instructional videos.