Euro 2020: Italy versus Spain is going to be a very hotly contested match in midfield, says Pedri 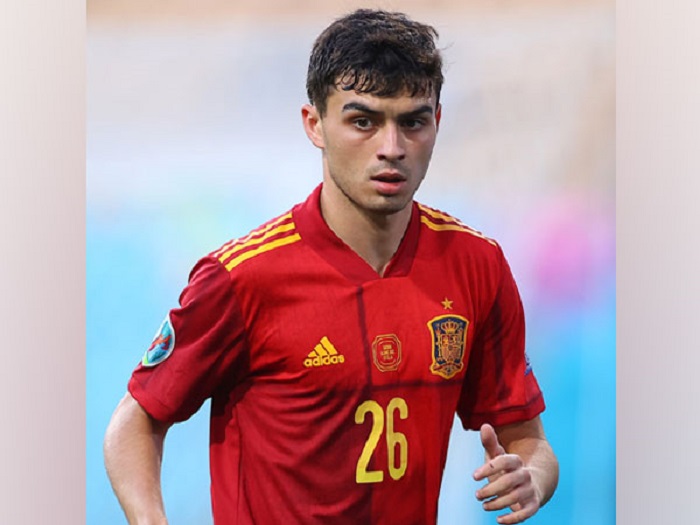 Azzuri has won each of their last 13 international matches.

London : Spain midfielder Pedri believes it's going to be a very hotly contested match in midfield against Italy at Wembley on Tuesday as both teams possess a great deal of quality in that area of the pitch.

The last time when both teams met in Euros, Italy eliminated La Roja with a 2-0 win in the 2016 round of 16. Azzuri has won each of their last 13 international matches. Their dizzying pace and killer finishing proved too much for a talented Belgium team last time out. "Both teams have a very strong midfield and a great deal of quality in that area of the pitch.

It's going to be a very hotly contested match in midfield. The team that gets the better of it will be the team that makes the fewest mistakes," UEFA quoted Pedri as a saying.

At 18 years and 201 days, Pedri is the youngest player ever to play for Spain at the Euro finals. Luis Enrique's Spain has been enigmatic after group stage draws against Sweden and Poland as they beat Slovakia 5-0 to reach the last 16, where they scored five again, though it took extra time to finish off Croatia.

A string of missed chances then allowed ten-man Switzerland to take them to penalties in the quarter-finals, but top-class opponents like Italy may yet bring out the best in them.

Roberto Mancini the head coach of Italy recognise this 'different' challenge against Spain as he said: "It will be difficult, even if Spain are different from Belgium. It will not be the same kind of game compared to the previous one, but it will present many difficulties for sure. Spain have been extraordinary for years, even if now there has been a change and they are a younger side. They have a good coach and very good players."

Both teams have scored 23 goals between them in getting this far in European Championships as they clash in the opening UEFA EURO 2020 semi-final at the historic Wembley Stadium.