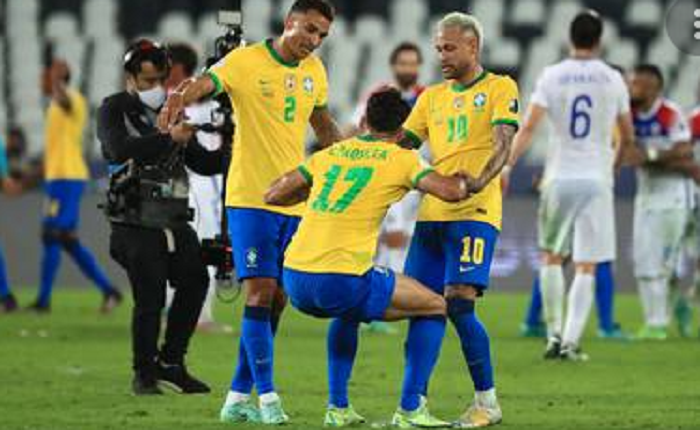 Peru might have put Brazil under pressure in the second half, but lacked the class to find an equaliser.

The host and defending champion will lock horns either with Argentina or Colombia in the summit clash at the Maracana on Saturday. Argentina and Colombia will play with each other in Tuesday's semi-final clash. Paqueta scored the only goal of the game in the 35th minute. He converted Neymar's cutback from close range to obtain the first ticket to the final of the oldest national team tournament.

Peru might have put Brazil under pressure in the second half, but lacked the class to find an equaliser.

Brazil once again claimed a victory against the Peruvians, having defeated them 3-1 in the final of the Copa America in 2019

Earlier, Brazil had defeated Chile 1-0 in the quarterfinals of the Copa America. The only goal of the match came in the 46th minute as Paqueta netted the ball into the goalpost, giving Brazil a 1-0 lead.

No more goals were scored in the game as Brazil won the match 1-0 on Saturday.

In the other quarterfinal, Peru had defeated Paraguay 4-3 on penalties to enter the semifinals of the ongoing tournament.

The normal match action had finished in a 3-3 tie and as a result, the match eventually had to progress to penalties.