Air France to launch direct flights from Muscat to Paris 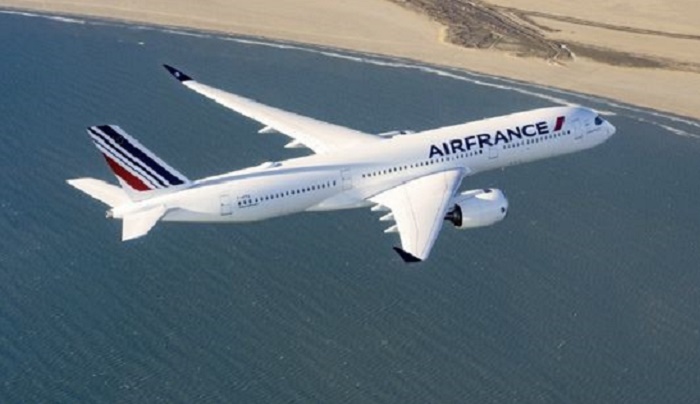 Direct flights between Muscat and Paris are of the duration of eight hours and 20 minutes, departing at 9 am and reaching the French capital at 2:20 that afternoon.

Muscat: Air France has drawn up plans to introduce direct flights between Muscat and Paris, providing passengers more options to fly to Europe and beyond.

Starting from October 31, 2021, Air France will operate three weekly flights to Muscat, as part of its efforts to expand its network. Other plans involving the Middle East include increased flight frequencies to Dubai, at the rate of 14 flights a week from October 23, 2021.

“Air France is continuing to adapt its network and increase services to leisure destinations,” said the airline in a release. “For the 2021 winter season (October 2021- March 2022), the airline will be offering its customers new services to sunny destinations around the world, on departure from Paris-Charles de Gaulle.”

Direct flights between Muscat and Paris are of the duration of eight hours and 20 minutes, departing at 9 am and reaching the French capital at 2:20 that afternoon.  Flights with multiple stops are also available, and are jointly operated with KLM and Etihad Airways. Passengers who choose this option will need to fly from Muscat, before transiting in Abu Dhabi and departing for Europe.

Connecting flights also enable passengers to travel to Amsterdam. Two more new destinations have been added to the roster of France’s national carrier: Colombo, which is part of its existing journey to Male in the Maldives, and Zanzibar, which will form part of the airline’s current route to Nairobi, Kenya.
Increased flight frequencies to Miami in the United States, and to its overseas territory of Papeete in French Polynesia will also begin around the end of October.

Owing to the ongoing COVID-19 pandemic, Air France has advised passengers to check the health requirements of the countries to which they intend to travel. “Before travelling, Air France advises its customers to check the travel restrictions and the documents required on arrival at their destination,” said the airline, adding that its expanded schedule will be implemented “taking into account the health measures currently in force in the various countries served.”

Air France is currently offering fully modifiable tickets for travel until December 31, 2021. Customers can change their reservation free of charge, or request a refundable credit voucher if they no longer wish to travel. If the flight is cancelled by the airline, customers have the choice of postponing their trip, requesting a full ticket refund or requesting a credit voucher, which is also refundable if not used. “The health and well-being of Air France customers and staff are at the heart of the company’s concerns,” said the airline. “Air France is committed to providing its customers optimum health and hygiene conditions at each stage of their trip, upon arrival at the airport. On board the aircraft and throughout the duration of the trip, it is compulsory to wear a surgical mask.

“The air in the cabin is renewed every three minutes,” added Air France. “The air recycling system on board Air France aircraft is equipped with HEPA - High Efficiency Particulate Air - filters identical to those used in hospital operating rooms. Air France has also reinforced aircraft cleaning procedures, notably with the disinfection of all surfaces in contact with customers such as armrests, tray tables and screens before each flight.”