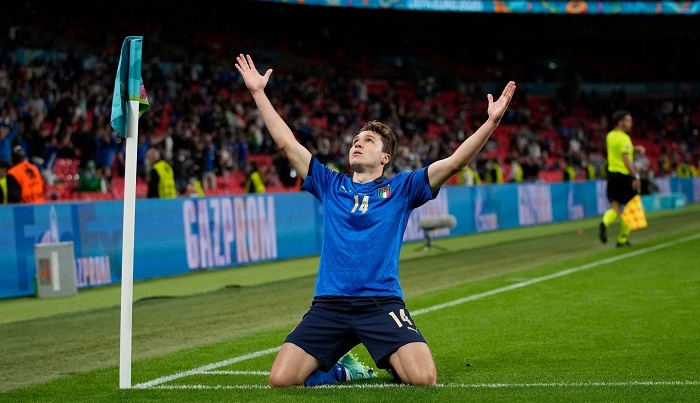 Muscat: Italian and Spanish nationals in Oman are looking forward to the exciting clash between their countries in the first semi-final of Euro 2020.

Set to kick off at 11pm GST on Tuesday, the game promises to easily be one of the most exciting of the tournament so far, given the quality and reputation of what are two of the strongest teams in world football.

For Stefano Mancini, who is employed at the Embassy of Italy in Muscat, his country’s place in a semi-final has been a long time coming, given their poor performances in tournaments leading up to this one.

“I do not think we have one stand-out team player, but instead, the team spirit has been absolutely incredible,” said Mancini, the embassy’s Administrative Attaché. “Credit must fully go to the players for what they have achieved so far, as well as coach Roberto Mancini.

“I am expecting us to win 3-1, and maybe we can go all the way,” he added. “We have been waiting for our country to play such amazing football for a long time.”

Four years after winning the World Cup in 2006, Italy exited the 2010 edition of the tournament during the group stages, and repeated that ignominy in 2014. Failure to qualify for the 2018 World Cup saw the retirement of legends such as Andrea Pirlo, Gianluigi Buffon, Andrea Barzagli, Daniele de Rossi, and Giorgio Chiellini, although the latter subsequently reversed his decision.

Conversely, at Euro 2012, though, they came within 90 minutes of lifting their second European trophy since 1968. However, they were outclassed by a Spain side that was at the peak of their powers, with goals from David Silva, Jordi Alba, Fernando Torres and Juan Mata giving them a 4-0 victory, with the Italians forced to play the last half an hour with 10 men, after Thiago Motta was stretchered off once all three substitutions had been made.

Italy will be without fullback Leonardo Spinazzola after the AS Roma man injured his achilles during his country’s 2-1 win over Belgium in the previous round. However, Mancini is confident his team have the upper hand over the Spanish.

“I think each team goes through these cycles of victory and rebuilding, and we have seen a lot of our star players ahead of this tournament,” said Mancini.

“Our team is really strong this time, and we have shown that during the Euros. The last time we played Spain was obviously not so good for us, so the players might have a bit of a revenge match mentality this time.”

The Italy vs Spain game also has a more personal touch for Mancini: his wife is Spanish, which has left his children confused over which team to support.

“She will obviously be supporting Spain, but out of politeness, our children say that don’t know which team to support, or rather say they won’t be supporting any team, but of course, football fever does take over our house, so it is very exciting for all of us.”

For Spain supporter Nasser Akkad Rodriguez, however, there is no doubt that his country, which won back-to-back Euros in 2008 and 2012 – with the 2010 World Cup sandwiched in between – will take to the final at Wembley in London on Sunday the 11th.

“The Spanish team will for sure win the semifinal – our country is strongly behind our team,” he said, before singling out two players for praise. “Morata will absolutely score more than one goal against our rivals Italy, who are strong, and must be respected.

“Let us not forget that we have an amazing goalkeeper in Unai Simon, who will stand like a wall in front of the Italian side.”

“Ole! Viva Espana!” he exclaimed, reverting to his native language.  The winners of this semi-final will face off against either Denmark or England, who will play each other at 11pm on Wednesday.