The resolve behind Russia sanctions is weakening 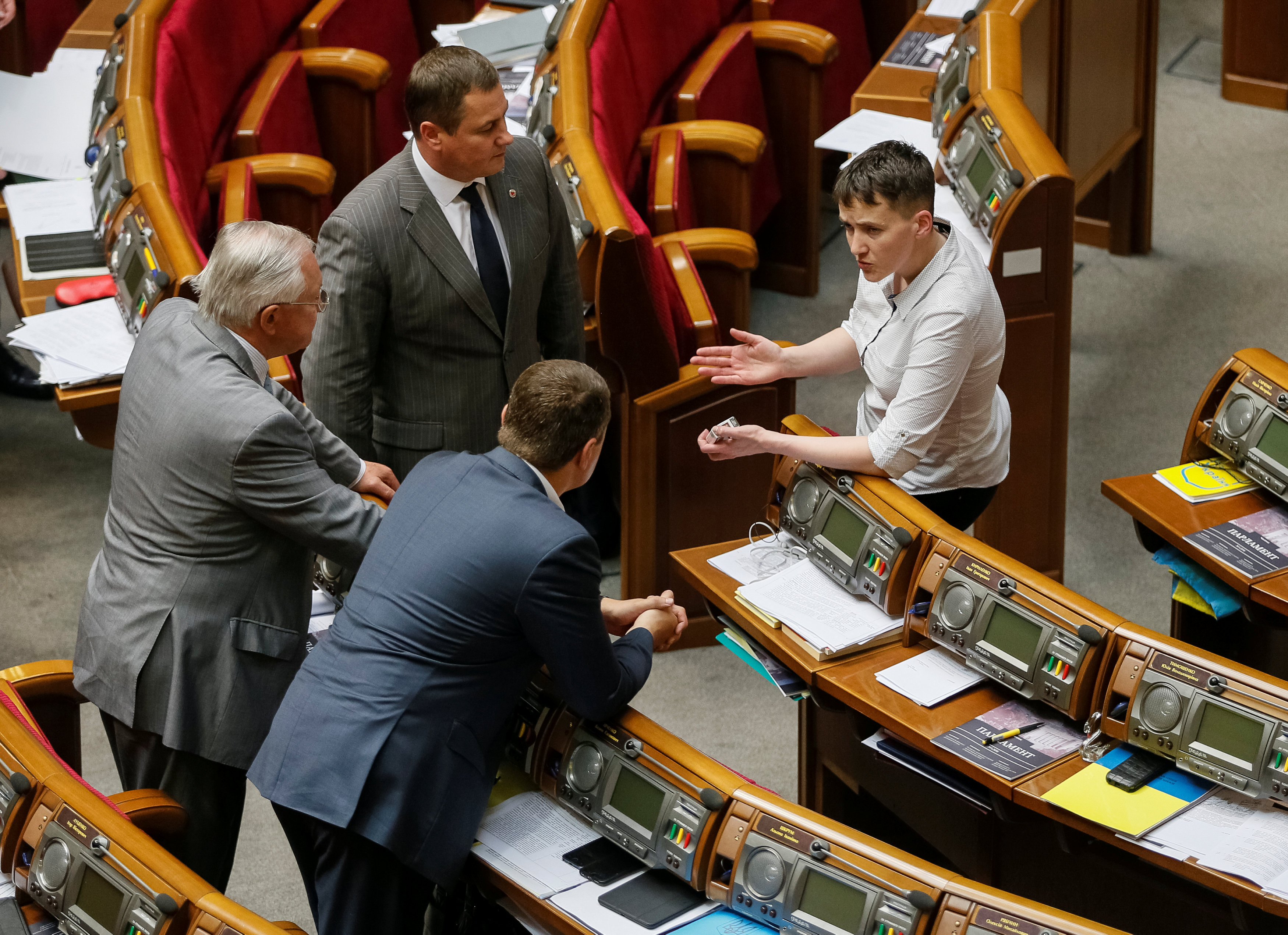 Each time the European Union's sanctions against Russia come up for renewal, there's speculation that some countries might break ranks and vote against the trade and financing restrictions. There will probably be no deserters this time around either; but a softening of the sanctions is on the cards in the near future.
In December, the sanctions, which include travel bans and asset freezes for some Russian officials and friends of President Vladimir Putin, as well as more painful restrictions on debt market access for some big state-owned companies, were extended until July 31. Next month, the EU will consider a prolongation for another six months.
Formally, there is every reason for an automatic extension. The Minsk ceasefire agreement, which the EU demands Russia and Ukraine implement fully before lifting most of the sanctions, has stalled. There's still daily fighting and the political terms -- that Russia cede control of its border with Ukraine and end support for separatist people's "republics" in eastern Ukraine, and that Ukraine pass legislation to make elections possible in rebel-held areas -- are no closer to being met than they were 15 months ago.
Putin won't budge. At a recent meeting of his economic advisory council, former finance minister Alexei Kudrin, now charged with developing an economic plan for the government to pull Russia out of recession, told the president it was time to "defuse geopolitical tension." The country, Kudrin said, was falling behind economically and technologically, and needed to be part of global value chains. Putin, according to eyewitness reports, vehemently disagreed, telling Kudrin that Russia would not sell out its sovereignty. Foreign business, he said, would keep investing in Russia if it felt it was profitable.
For more than two years, even since he ordered the annexation of Crimea from Ukraine, Putin has hoped the West would eventually calm down, scrap the sanctions and resume business as usual. So far, these hopes have been dashed by the tough stance of the US administration, which views sanctions as a deterrent against further Russian aggression, and by German Chancellor Angela Merkel, who was outraged by Putin's treatment of Ukraine. Now, both these obstacles have somewhat eroded.
Washington has been disappointed by Ukraine's intransigence. Victoria Nuland, the US State Department official in charge of relations with Ukraine, has repeatedly met with opposition when she's pushed officials and legislators to implement their part of the Minsk deal. The Ukrainian elite doesn't believe Putin will keep his end of the bargain. This intransigence, along with Ukraine's permanent political crisis, inadequate economic reforms and rampant corruption, has caused weakened support in Washington. Besides, the US establishment is preoccupied with the presidential election.
Merkel, for her part, has lost much of the political capital needed to finance her principled stands. To curb the influx of Syrian refugees to Germany, she engineered an EU deal with Turkish President Recep Tayyip Erdogan, whose domestic policies are a lot like Putin's. Standing up to Putin looks to Germans to be a double-standard that makes little economic or political sense.
Merkel's junior coalition partners, the Social Democrats, led by economy minister Sigmar Gabriel, have long favoured a softening of Russia sanctions. Now, according to the influential weekly Der Spiegel, Merkel's office may also be amenable to watering them down under pressure from German business. Some Moscow officials, for example, could be allowed to travel to Europe, or the EU could extend restrictions for only three months rather than six, leaving the door open to an earlier resolution of the conflict.
Diplomatic activity between Russia and Europe has certainly intensified. German officials and lawmakers have held a number of mid-level meetings in recent weeks. Putin has traveled to Greece, one of the weak links in the European consensus on sanctions. In an article for the Greek newspaper Kathimerini, he had this to say about the future of Russia-EU relations:
"I am convinced we should draw appropriate conclusions from the events in Ukraine and proceed to establishing, in the vast space stretching between the Atlantic and Pacific oceans, a zone of economic and humanitarian cooperation based on the architecture of equal and indivisible security."
In other words, Putin still wants Europeans to come around to his point of view. EU political leaders and officials have said many times that sanctions won't be lifted until the Minsk deal is fully implemented. But they never said the "menu" of sanctions couldn't be changed. "I find it important that at least in economic questions, we try to get closer together," European Commission President Jean-Claude Juncker has said. Juncker will attend Putin's St. Petersburg Economic Forum -- the first visit by a senior EU official since the Crimea annexation.
Even without the formal easing of the sanctions, there's room for movement. The EU quietly leaned on its banks and the Euroclear settlement system recently not to touch the first Russian sovereign bond issue since Crimea. Letting Euroclear accept the bond, and future Russian sovereign issues, would boost secondary trading and help Russia draw Western investors to its future offerings, something it found hard to do with the May bond.
In exchange, Russia could ease some of its countersanctions. Those restrictions on European food imports have hurt ordinary Russians more than EU producers, but European business would still welcome a Russian decision to scale them down.
Both the Kremlin and influential European figures are looking for ways to start defusing the stand-off without losing face. While the sanctions will almost certainly be extended -- no country wants to rebel on this matter while other more serious matters, such as the refugee crisis and Britain's EU referendum, are on the agenda for the bloc -- a weakening of the restrictions appears set to begin in the coming months. - Bloomberg View