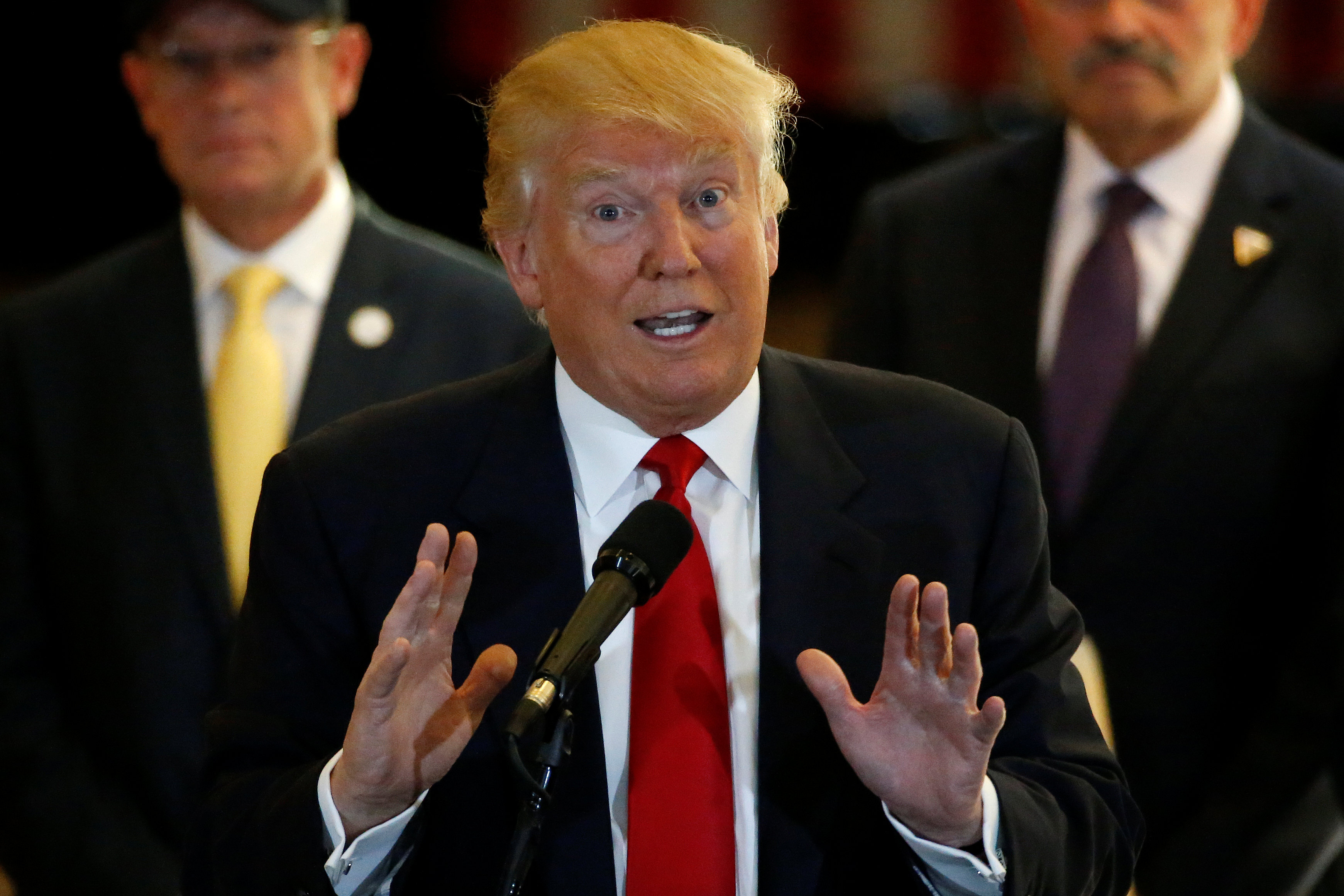 Donald Trump, the Republican Party’s presumptive nominee to contest the United States’ presidential election in November, is clearly not a standard Republican. The party’s leaders and elected officials fought against him during the primary, and many are still reluctant to endorse him. Trump is now aligning some of his policy proposals with mainstream Republican ideas, but he is also clearly determined to retain his distinctive identity.
The resulting ideological mix comprises three main components: Virulent anti-immigrant animus, ignorant anti-trade rhetoric, and extreme anti-government sentiment. Taken separately, any one of these would be damaging. Together, they would deal a major blow to US and global prosperity, while also weakening national and international security.
Without question, Trump is the most anti-immigrant presidential candidate the US has seen in modern times. His first idea and overriding catchphrase is to “build a wall” along the country’s southern border, which would supposedly keep out Mexican and other Latin immigrants. He also wants to deport 11 million people and keep out all Muslims.
This is a recipe for a police state – checking identities, raiding people’s houses, and encouraging neighbours to inform on one another. It is also fundamentally anti-American, in the sense of undermining everything that the country has achieved. The US is a nation of immigrants – the best in the world at integrating new arrivals. After one generation in the country, no one cares where your family came from.
Trump – and those who bring him to power – would throw all of this out of the window. The associated social disruption would by itself cause not just an economic slowdown, but a sustained decline in GDP and incomes.
The Trump campaign’s anti-trade stance is similarly shocking, including to the business community. Trump genuinely wants to confront China and other countries with a potential trade war, ignoring completely the impact on the US (where exports account for around 14 per cent of total economic activity). The US has spent the past 70 years helping to build a global system that, despite its flaws, for the most part enables countries to trade peacefully and across great distances. Trump’s vow to tear up the rules is a recipe for another Great Depression, with massive unemployment and millions of people unable to pay their mortgages, student loans, and other debts.
Trump has added some themes from the Republicans’ traditional anti-government agenda, but with his own grandiose twists. Financial reform would be repealed completely, regardless of the consequences. The US would return to the arrangements that brought the world’s financial system to the brink of complete collapse in 2008 – and caused the country to lose at least one year’s GDP (more than $20 trillion).
Moreover, Trump’s proposed tax cuts would be very large – thus increasing the federal budget deficit and driving up national debt substantially. Trump will rely on the standard Republican claim that the tax cuts will “pay for themselves” or lead to rapid growth. Such claims are completely at odds with modern American experience, including under George W. Bush.
This approach to economic policy is classic populism: Promise voters impossible things, particularly when the negative fallout from the promises becomes apparent only well down the road. If Trump were elected, Americans could expect the same sort of economic cycle seen repeatedly in places like Argentina over the past 100 years. Inequality would widen, with great wealth for the few and low wages for the many, followed by a traumatic bust – in which the wealthy again do fine, the middle class is ground down to poverty, and the social safety net is ripped to shreds.
In our book White House Burning, James Kwak and I emphasized that fiscal sustainability is important not just for economic prosperity but also for national security. In 1814, the British were able to burn down the White House (and most other official buildings in Washington, DC) because American politicians had almost completely undermined the central government’s fiscal capacity. The US had no effective navy, a weak army, and insufficient ability to mobilize in the face of an obvious national emergency.
Trump’s promise to “Make America Great Again” is a political swindle. Populists will promise anything, including policies that are untenable or that will lead to certain disaster. Trump’s proposed policies are no different: They would undermine America’s security, depress its economy, and destroy the financial system.
The authoritarian populism that Trump embodies has challenged democracies at least since the end of the Roman Republic. Authoritarians have always beaten up their opponents – physically, in the courts, and now on Twitter – to make them keep quiet.
Trump’s opponents must not be intimidated. His rise represents the most profound challenge to American democracy since Germany invaded Poland in 1939. Rejection of his candidacy is necessary to keep America and the world safe. - Project Syndicate