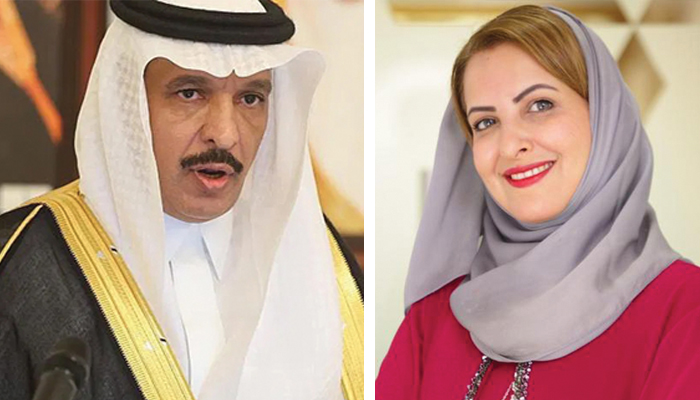 Muscat: Officials from the Sultanate of Oman and the Kingdom of Saudi Arabia reaffirmed that the recent exchange of visits between the two countries comes within the keenness of the leaders of the two countries for boosting aspects of cooperation.

In an interview with Shabiba FM, the radio station of Al Shabiba, which is the Arabic publication of the Times of Oman, Asila bint Salim bin Sulaiman Al Samsami, Undersecretary for Investment Promotion at the Ministry of Commerce, Industry and Investment Promotion reaffirmed that the visit of the Sultanate’s delegation to the Kingdom of Saudi Arabia came within the integration of the Oman Vision 2040 and the Saudi Vision 2030.

“The visit aimed to discuss ways of integration and constructive economic cooperation between the two countries,” she added
Also the Saudi Fund for Development met with its counterparts in the Sultanate and they agreed to establish joint projects, which will provide job opportunities for young people and providing a boost to the Omani economy

“A number of investment opportunities in the petrochemicals, renewable energy and logistics sectors have been discussed during the visit. The two sides also discussed direct sea and air links between the economic zones and free zones of the two countries.”

She said that the delegation has visited the Saudi Authority for Industrial Cities and Technology Zones (MODON) and other authorities in the Kingdom of Saudi Arabia.

The visit also reviewed expansion of integration with such authorities. There would be a joint team from the Public Authority for Special Economic Zones and Free Zones and its counterpart authority of the KSA to consider and follow up with such integration between the two sides, she added.

Adding to this, she said: “It is important for society to acquaint itself with the steps the government is taking at present in terms of attracting investments and development of Oman exports.”

The objectives of the visit yielded fruitful results, as the two sides stressed the significance of integration of the visions of both the countries, she said, adding that “this has made us focus on the way and mechanisms of the economic integration between the countries”.

The available investment opportunities in the Sultanate have been discussed during the visit. The two sides held joint meetings between the delegation and Saudi businessmen.

The delegation comprising 10 entities has focused on attracting investments and to acquaint the Saudi businessmen with the opportunities in the Sultanate.

Concerning the border crossing post between the two countries, she said it is important and necessary for both the countries and both sides are working on opening and operating the same at the earliest.

The border post would facilitate several issues for both the countries, she said, adding that the issue of the border post has been discussed with the Saudi departments concerned, she added.

On the other hand, Abdullah bin Saud Al Anzi, ambassador of the Kingdom of Saudi Arabia accredited to the Sultanate told to Shabiba FM, the radio station of Al Shabiba, the Arabic publication of the Times of Oman, that the visits took place due to strong relations between the two countries.

“Oman and Saudi Arabia hold ambitious visions and there are programmes and initiatives as a base for further horizons of cooperation and a qualitative shift in relations, investments and joint projects between the two countries,” he added.

The late visits come as continuation to earlier visits and prior to the visit of the Sultanate’s delegation to the Kingdom of Saudi Arabia, a delegation from the Saudi Fund for Development paid a visit to the Sultanate, wherein the delegation members met with their counterparts in the Sultanate and agreed on establishment of joint projects, he added.

On the border post between the two countries, he said that the leadership of the Kingdom of Saudi Arabia is keen for this border post and for elimination of any obstacles that it may face, he said adding that the border post would be opened in due course to serve citizens of both the countries.