Expat murdered in Ruwi. Read this to find out why 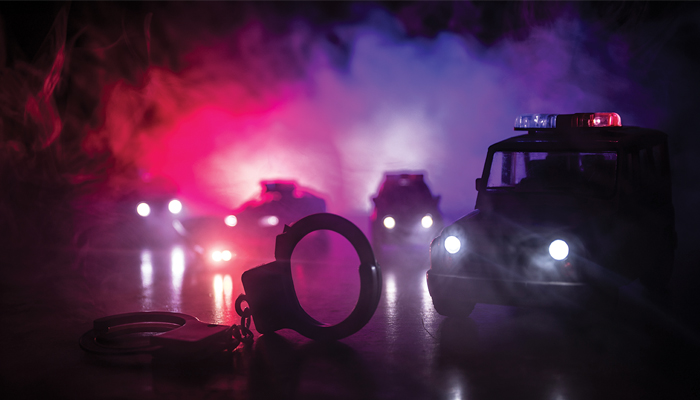 Long-running family feud may be the reason for such an unfortunate incident.

Muscat: Government authorities, community members and legal experts in Oman have advised people to exercise restraint, particularly in these uncertain times, after a heated argument between two Asian nationals from the same country, resulted in one of them being murdered at the hands of the other.

At 10 am on Thursday, June 24, one of the expatriates, referred to here by his initials, WH, reportedly stabbed his countryman, WN, with a knife, after the two of them had pulled up next to a shop on Al Fursan Street, which runs parallel to the main road connecting Ruwi and Wadi Kabir.

Social workers claim that both the families of WN and WH had a long-running feud that had its origins in their native land.

The latest flare-up of this feud reportedly played a role in WH deciding to attack WN. Immediately after the murder, the video of their fight also went viral on social media. Both the victim and the attacker have businesses in Oman’s construction and transportation sector. Their families have been here for at least 10 years.

When contacted an embassy official of the concerned country said, “If there are any issues back home, please do not bring them here. Oman after all ranks very high in global peace indices, and it is up to all of us to respect the local norms and customs. We want to contribute to the good name of this nation as a community.”

“This incident was very unfortunate – it is greatly regretted, and we wish it had not happened,” he added. “Our community here has always sought to create good relations with the locals and other expatriate groups.”

The family of the deceased intends to take his body back home, once the autopsy and other procedures end.

Shopkeepers who live and work on Al Fursan Street provided eyewitness reports on what transpired at the site of the murder.

“I was in the kitchen, working, when I suddenly heard a very loud noise outside,” recalled a cook at the cafeteria outside which the murder took place.

“About 15 minutes later, the police had already finished setting up roadblocks, because they wanted to stop people from approaching and looking at the crime scene. Traffic was stopped from all directions and officers were asking people to go around, instead of using the road on which our shop is located.”
Other shopkeepers were shocked to see such a cold-blooded act take place.

With the area cordoned off to passers-by, some of them decided to close for a few hours and went home, before reopening later that afternoon.

A restaurant manager who left work for a few hours to finish up some paperwork for his family said he too was not allowed to enter the road, but was told to approach from the other side instead.

“Our spirits are quite low after seeing such an awful act,” he admitted. “We have been part of this community for a long time, but have never witnessed something of this nature.”

The Royal Oman Police (ROP) have since arrested the perpetrator of the attack, and have asked people who see such crimes take place in future to not intervene directly, but call the authorities to report the matter immediately.

“Those who are on the scene must report directly to the nearest police station, or call the emergency phone number,” said an ROP official. “Do not directly interfere in such matters, because the perpetrator of the crime may accuse you of murder instead, and you may then be considered an accomplice. The best action is to report this to us.”

Adding to this, Shaima Al Mahrouqi, a lawyer, said that in such situations, no person is expected to intervene in such crimes, because they may not know how to defend themselves if the attackers choose to turn on them instead.

“According to Article 226 of the Omani Penal Code, in terms of the ability to assist the victim of a crime without causing danger to one’s own life, no person can be charged with the crime of refusing to help someone in such a situation,” she said. “In such cases, criminals are usually armed, and they might attack people who choose to intervene, particularly if the latter does not know how to deal with such situations.”

The crime, according to social workers, has shocked the expat community in Oman, many of whom have contributed to the country’s economy and social fabric for several years.

“All of us were very stunned to hear of this,” said a senior member of the community organisation. “Some of us knew about their on-going feud, but we never expected it to get out of hand in such a manner.

“Oman has been very good to all of us…it is a peaceful country that has provided many of us job opportunities and the chance to give our families a good standard of living,” he said. “A heinous act like this will only spoil the reputation of our community, so please let us not react in such a violent manner. We all know the consequences of such actions.”

The situation has shocked people in other parts of Oman as well, according to Aziz Al Hasani, the Majlis Al Shura member for Wilayat Boushar in Muscat. He called for more awareness programmes organised by embassies of countries that have significant numbers of their nationals in Oman, so that they understand the laws and customs of the country.

“Even if the attacker and the victim were of the same nationality, this situation has indeed caused plenty of shock among everyone in the country,” he said.

“We are renowned as a safe country, one that follows laws. The law of the jungle is not applicable here. I would suggest there be some coordination between the embassies, the Foreign Ministry, and the police to create programmes to inform expatriates of the country’s laws, and our society and culture, which must be respected by all who live here. I would also like to suggest a wider police presence and police patrols, so that people feel safe.”