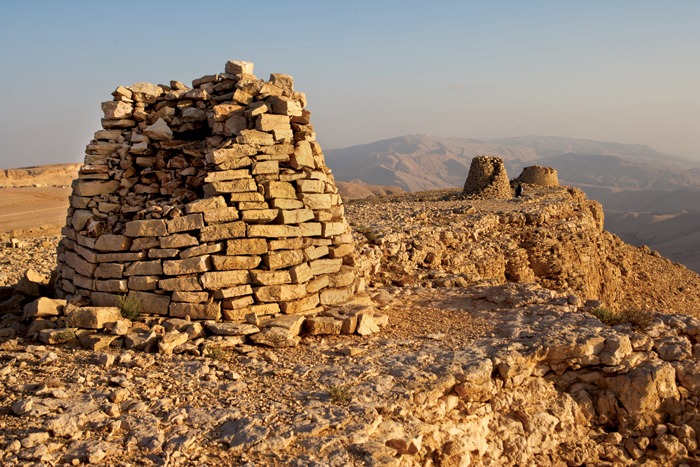 The village of Bat is located in Ibri, in the governorate of Al Dhahirah. It is about 30 kilometres away from the centre of Ibri in the east. Here burials of semi-pyramidal shapes built of stones were found. There are also large numbers of burials surrounding the town from all sides, except that the largest concentration of them is located about half a kilometer away north of Bat town.

According to Oman’s Ministry of Tourism: “A must-see attraction in the Al Dhahirah region, the Al Ayn and Bat Beehive Tombs are not only recognised as a UNESCO World Heritage Site, but also boast the title of the most complete collection of necropolises and settlements in the world, dating back to the 3rd millennium BC. More than 100 tombs stand definitely on the hilltops of Northern Oman, all shaped like beehives. Little is known about the tombs, or the culture that constructed them, but they are thought to date from 3000 to 2000 BCE.

"All together they form one of the largest protohistoric necropolises in the world. It is a bit difficult to spot the tombs at first, since they merge harmoniously with the hills they were built on, but upon closer inspection they are easily spotted. The tombs are arranged in three main clusters, the one in Bat, which is arguably the most famous, as well as the sites of Al-Ayn and Al-Khutm. The best preserved tombs of the site are the ones of the Al-Ayn grouping."

Some pottery and bracelets were found at the excavation site. It has been observed that archaeological burials are similar to their counterparts in Umm al-Nar cemetery, which is expected to have commercial relations between Oman and other countries in the pre-Islamic era. The city also has a number of other larger buildings that look like palaces. These palaces were built of larger stones.

Most of them are more than a metre and a half long, and among them Qasr al-Rjum is the largest. It consists of eight rooms arranged around a well in the middle. There are many fortresses like the Al Wardi Fort, which was built on top of a high hill in the middle of the town, which consists of four rooms surrounded by a wall and a fortress.