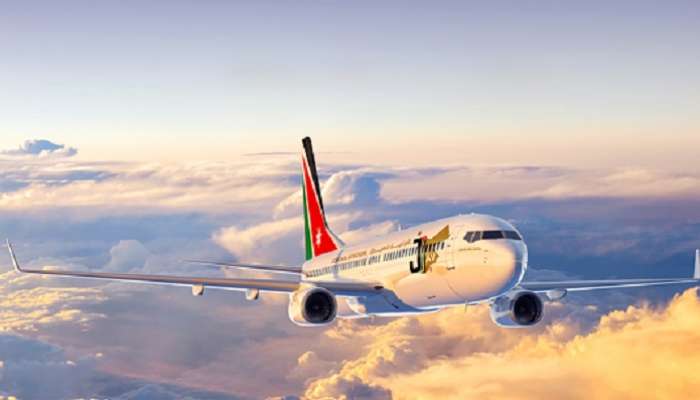 Their first flight from Amman to Muscat is all set to take off with overwhelming response on both destinations.

Their first flight from Amman to Muscat is all set to take off with overwhelming response on both destinations. Marmul International Travel, a flagship division of Marmul Travel & Tours has been appointed as the General Sales Agents to this Airline in Oman.

Reiterating the objective behind starting the flight operations, Osama Quntar, Vice President – Commercial, Jordan Aviation said, “It is a privilege to have Jordan Aviation, Jordan’s favourite airline, as a partner in Oman. The representation of this Airline in Oman will definitely increase the visibility of the brand in the market and attract even more clients. More importantly it will enhance the Economic activities between the two friendly countries.”

Today, Jordan Aviation is a name to reckon within the aviation business in Jordan and in the region. The airline has made flying affordable for more Jordani’s than ever before.

It offers nonstop flight connecting Muscat & Amman two days a week. Also, the airline plans to soon connect Muscat to Cairo and Istanbul, and many more destinations. The airline connects its network with an impressive fleet of Boeing 737-400 aircraft.

Over the years, their fleet has increased to offer a range of aircraft types to suit the needs of the markets they serve. Today they have Airbus A320 aircraft that has joined their Boeing 737 aircraft and these can be seen operating to the Far-East, Africa and Northern Europe.

Their wide body aircraft have ETOPS capability and operate around the globe to destinations in the Far East, Indian Sub-Continent, Middle East, Africa and Europe and across the South Atlantic to countries such as Brazil, Uruguay, Venezuela and various Caribbean nations.

They also provide aircraft on Wet Lease operations to a number of airlines in Europe, the Middle East, Northern & Central Africa.

For further information on booking passengers and Tours to Jordan can contact Marmul Travel located at Alkhuwair Service Road and also at their large Corporate office at Alkhuwair Souq opposite to Bank Muscat, and also at all their branch offices all over Oman.