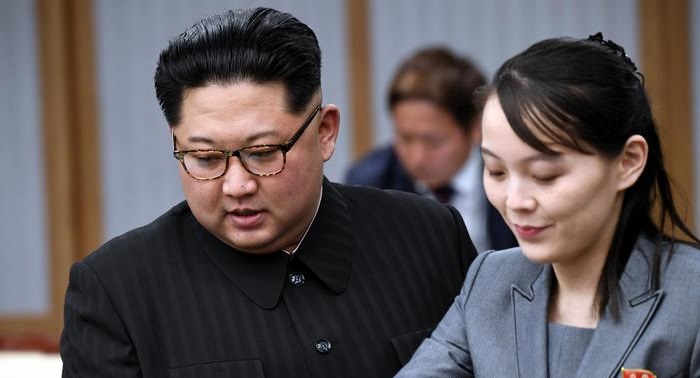 The sister of North Korean leader Kim Jong Un on Tuesday dismissed any ambitions the United States has for talks with her country, suggesting those hopes would only lead to "greater disappointment."


Sullivan said he viewed Kim Jong Un's comment that both confrontation and dialogue with the US were possible as an "interesting signal."

But Kim Yo Jong gave the notion of diplomacy between Pyongyang and Washington short shrift, as she said: "It seems that the US may interpret the situation in such a way as to seek a comfort for itself. The expectation, which they chose to harbor the wrong way, would plunge them into a greater disappointment," she said in a statement carried by state media.

US envoy in Seoul


Her statement reported by KCNA came as the top US envoy on North Korean affairs, Sung Kim, is scheduled to meet with South Korean President Moon Jae-in and Unification Minister Lee In-young, who handles relations with the North, on Tuesday.

And on Monday Sung Kim said he was willing to meet with the North "anywhere, anytime without preconditions" and that he was looking forward to a "positive response soon."

Meanwhile, US envoy Kim and his South Korean counterpart Noh Kyu-duk agreed to "look into terminating" a working group set up in 2018 to help the two allies coordinate their approaches to North Korea.

Issues such as denuclearization, humanitarian aid, sanctions enforcement and inter-Korean relations were all part of the group that was created amid a flurry of diplomatic engagement with Pyongyang at the time.