Europe should listen more to Africa on migration 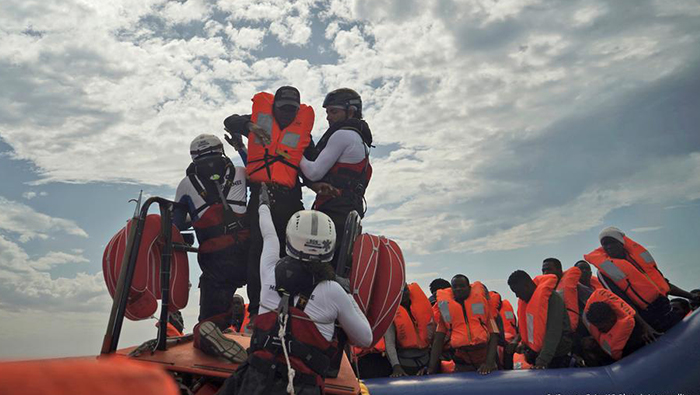 Brussels: As the world observes World Refugee Day on June 20, it is time to remind European and African governments of the need to genuinely work together in dealing with refugee and migration challenges facing the two neighbouring continents.

Looking at the European media, a certain image is always reproduced: The many young African people who want to come to Europe — even risking their lives in desperation. This is very one-sided — and creates an image that all African youth want to make such perilous journeys.

European and African countries have been working together on solving refugee and migration problems. However, progress has been slow. This is mainly because the two continents have different perspectives and priorities on dealing with the challenge.

On the one hand, the European Union and its member states regard the reduction of refugees and irregular migrants as a means to tackle security threats. Toward realising this, most European funds have been channeled to reduce refugee and migration flows to Europe. Furthermore, Europe has even worked with African dictators to gain their support in curbing migration.

The world is currently facing the coronavirus pandemic. In Europe and in other Western countries, vaccinations are currently in full swing, and infection numbers and deaths are declining as life slowly returns to normal.

On the other hand, though many African countries have not been highly affected by the pandemic, the economic effects of coronavirus have been immense. This is due to a fall in commodity prices and the increased costs of imports. Additionally, income from tourism, remittances and raw materials has also dropped.

Such negative economic impacts are likely to lead to migration flows of economic refugees to Europe and, of course, to those neighbouring African countries.

Given these negative potential effects of the pandemic, it is high time for Europe and Africa to genuinely work together to avoid the deaths of African refugees and migrants pursuing dangerous journeys to Europe.

In this sense, Europe should listen more and take African perspectives seriously. African governments are calling for remittances to be made easier, and for more legal migration opportunities. Remittances, after all, have proved to be more helpful for African countries and have surpassed development aid provided by donor countries to Africa.

As a matter of fact, this should also be of interest to Europe, since money sent by migrants to their families back home would also help to provide economic well-being, thus also tackling some root causes of migration.

Once refugees and migrants have the possibility to work, they would spend some 85 per cent of their income in Europe.

Creating legal migration opportunities as well as innovative programs and initiatives to provide skills to refugees and migrants will in the end help European countries, especially given their dwindling population, as there are many young people in Africa. In order to realise all these mutual benefits of migration, African and European countries need to work together as equal partners.