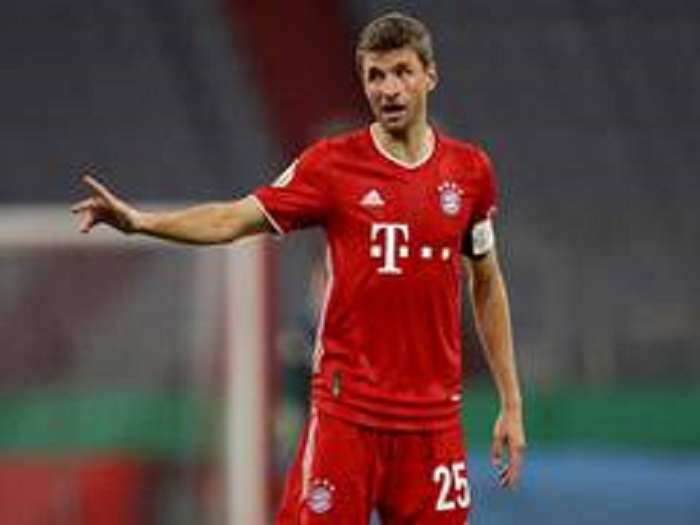 Munich: Germany forward Thomas Muller has said that his side cannot become arrogant after thrashing Portugal in the Euro 2020.

Germany beat Portugal 4-2 on Saturday at the Allianz Arena in Munich and as a result, Group F has been thrown wide open and any two sides can now progress to the round-of-16 stage. Joachim Low's side had suffered a 0-1 defeat at the hands of France in their first game, but the side bounced back to give Portugal a hammering.

"We had a lot of good aspects, but also a lot of things that we still have to improve. That can cost points in the end," Goal.com quoted Muller as saying.

"Now we have three points, now we are good at the tournament and we have it in our own hands. Now we must not overdo it or become arrogant - but we can believe in our quality. We can feel a little euphoria," he added.

Kai Havertz and Robin Gosens got among the goal-scoring chart as Germany thrashed Portugal 4-2 in the Group F encounter here at the Allianz Arena on Saturday.

Germany will next take on Hungary in the tournament while defending champions Portugal will lock horns against 2018 FIFA World Cup winners France.