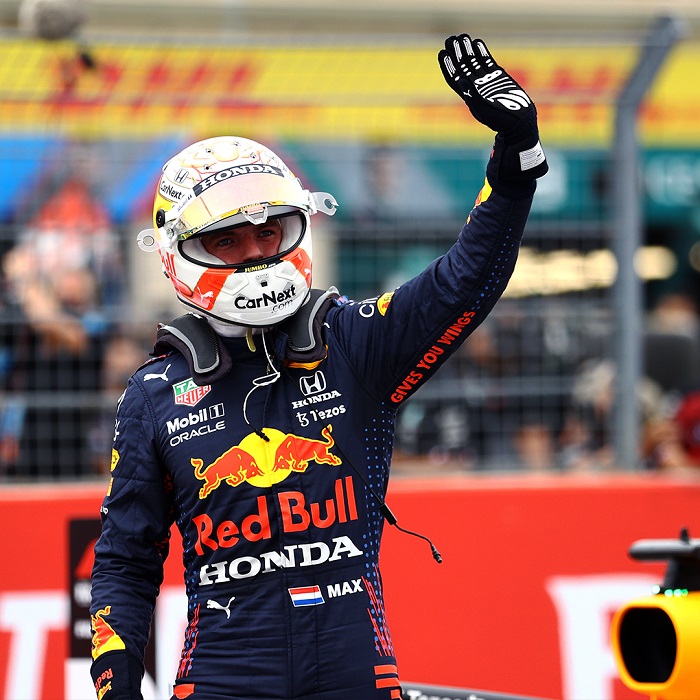 Le Castellet: Formula One championship leader Max Verstappen claimed pole for the French Grand Prix on Saturday, with title rival Lewis Hamilton nearly a two and a half tenths second slower for Mercedes.

Red Bull's Verstappen grabbed his second pole of this season but he had to work hard for it as Hamilton found some extra pace in the last round from somewhere to push the 23-year-old much closer than it seemed he would. Hamilton slotted into second, alongside the Dutchman, with Valtteri Bottas taking third as Mercedes confirmed a bounce back in performance after two very difficult weekends in Monaco and Azerbaijan.

Sergio Perez was a fourth, albeit it half a second adrift of Red Bull teammate Verstappen, while Carlos Sainz out-qualified the other Ferrari of Charles Leclerc for only the second time this season as he ended up fifth.

"Pierre Gasly gave the French fans in the grandstands plenty to smile about with sixth, in what is his fifth top-six starting spot in seven Grand Prix weekends this year. Leclerc, pole-sitter in the last two races, could only manage seventh as he was beaten by a teammate for the first time at Paul Ricard," stated an official F1 release.

Red Bull have their nose in front, but the Mercedes' superior race pace can not be ignored. The Silver Arrows also pulled off a strategic masterclass over their rivals in Bahrain at the start of the season, but since then it has been more of a mixed bag as to who is doing the business on the pit wall.

"So far it's been a really positive weekend, on a track where it's normally been a bit difficult for us," Sky Sports quoted Verstappen after the qualifying. "To get pole position feels really nice. It's a great day. We have to finish it off tomorrow and try and get the 25 points we lost in Baku."

Lewis Hamilton said, "It's been a really, really hard weekend. Mentally, and just trying to get the car into a happy place. You wouldn't believe how many changes I've made since Practice One, going round and round chasing our tails and ending up coming back to something similar to where we started. I've generally been unhappy in the car all weekend.